Cape Clear One 1st winter female was trapped and ringed on the 27th October 2013.
First county and Irish record. 3rd for the Western Palearctic.
Distribution: it breeds in spruce-fir forests of the northern and mountainous western United States and Canada and winters in southern United States, Mexico and parts of central America. (Cornell Lab of Ornithology) 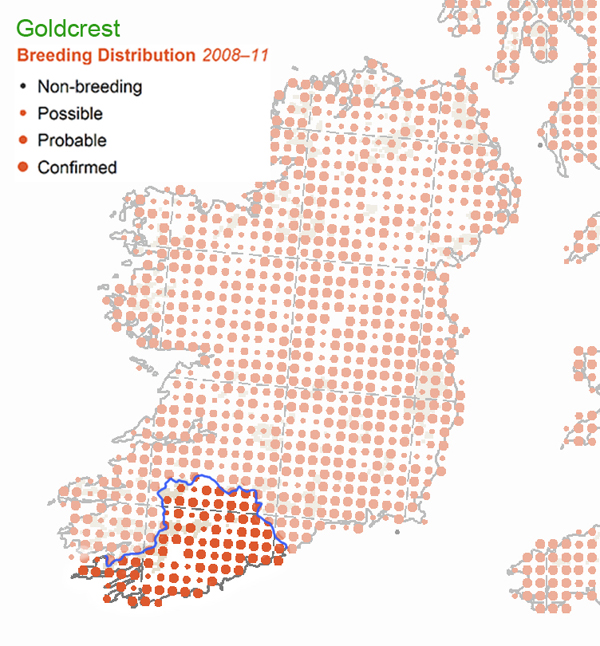 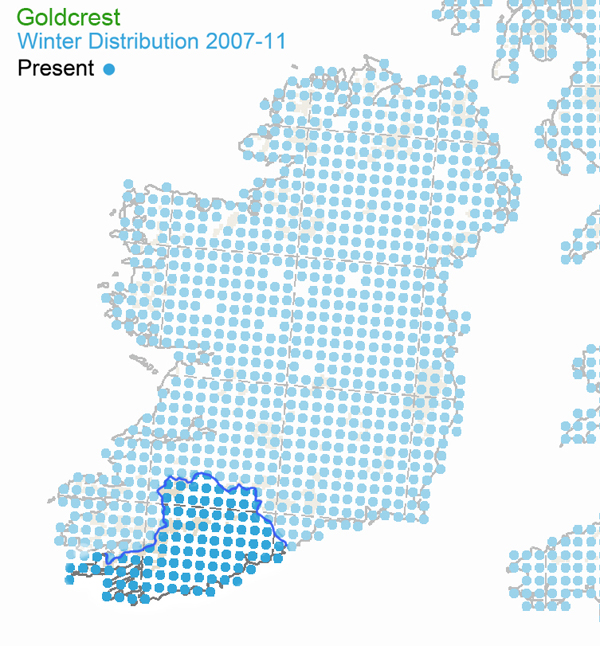 Very scarce passage migrant, with occasional winter records.
At least 538 birds have been recorded in the county up to 2006.
The first county record was one found dead at Glengarriff on the 7th December 1943.
There was 105 records involving 258 birds up to the end of 1988 when the species was removed from the IRBC rarities list.
Analysis of these records show the following:
Locations where birds have been seen are as follows: Ballycotton, Baltimore, Cape Clear Island (majority of the records), Cork City, Dirk Bay (Galley Head), Dursey Island, Firkeel, Glengarriff, Knockadoon Head, Minane Bridge, Mizen Head, Old Head of Kinsale, Power Head, Sand’s Cove (Galley Head), Sherkin Island, Toe Head, University College Cork.
Most were seen singly or in very small numbers though have reached double figures on at least seven occasions with the highest single count of up to 19 on Cape Clear on the 28th October 1982.
Apart from singles in January, March and April all records were between September and December with most seen in October.
Distribution: A widespread breeder in west-central and southern Europe, which constitutes >75% of its global breeding range.