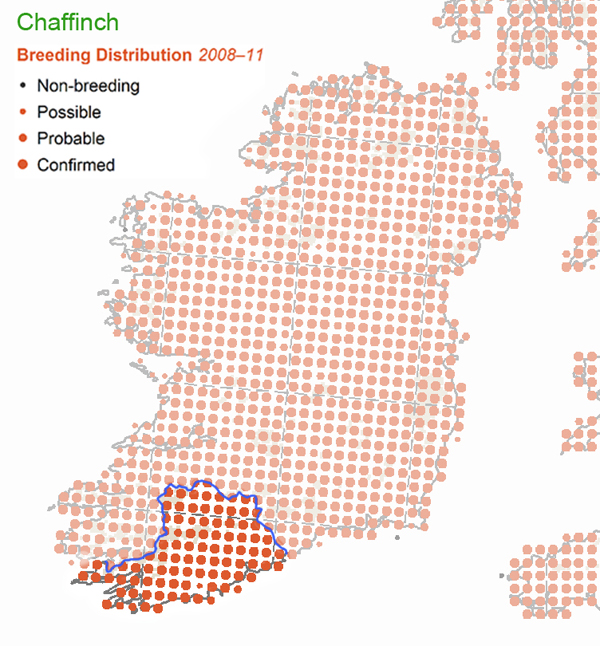 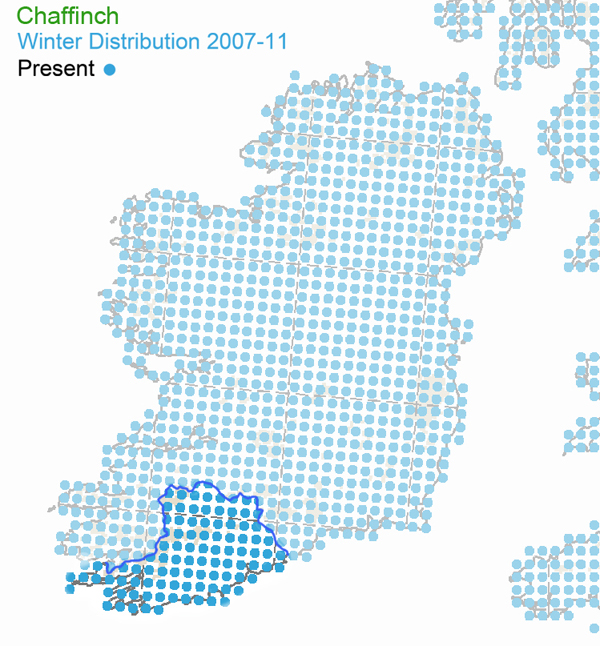 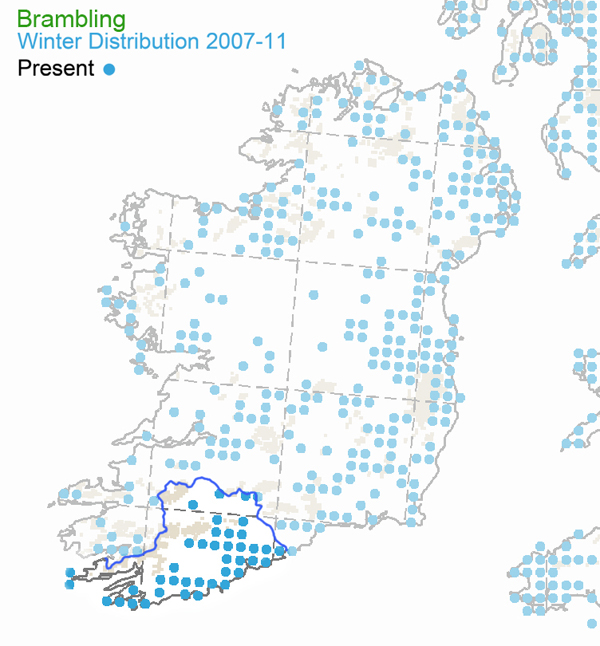 Dustribution: a widespread breeder in Fennoscandia and northern Russia,
but also occurs very patchily farther south, with Europe accounting for less than half
of its global range.

Rare vagrant.
Seven county records up to the end of 2014.

Distribution: a widespread breeder across most of Europe (except for the north
and east), which constitutes >75% of its global range. Does not currently breed in Ireland or the UK. 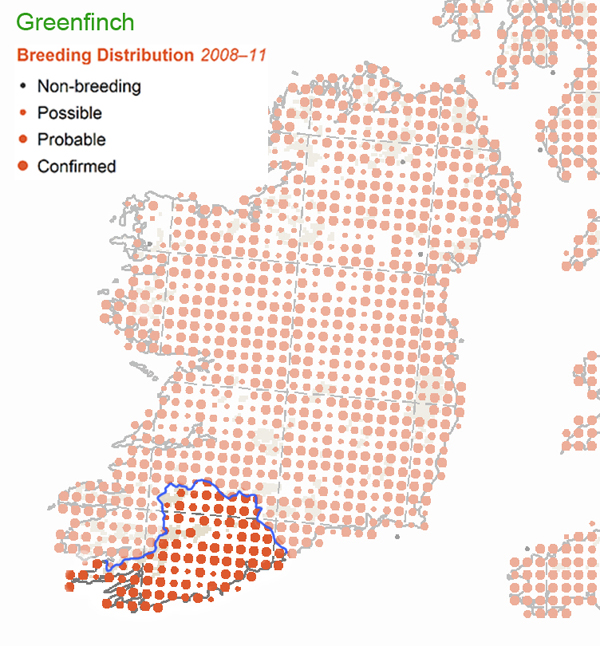 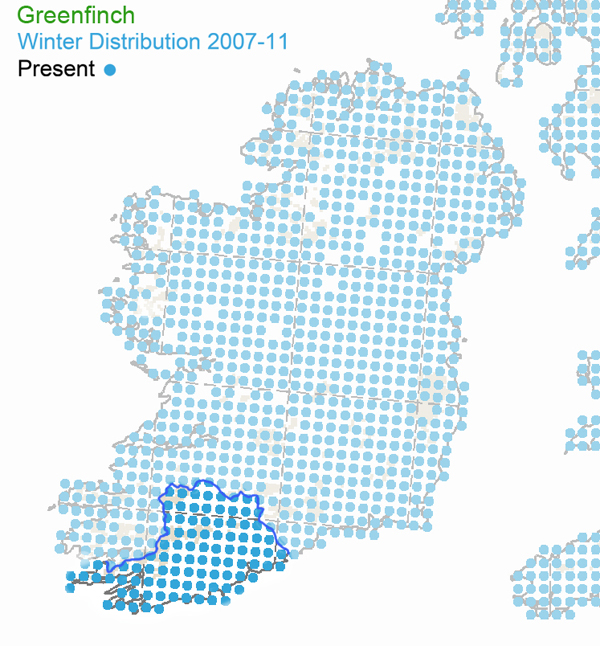 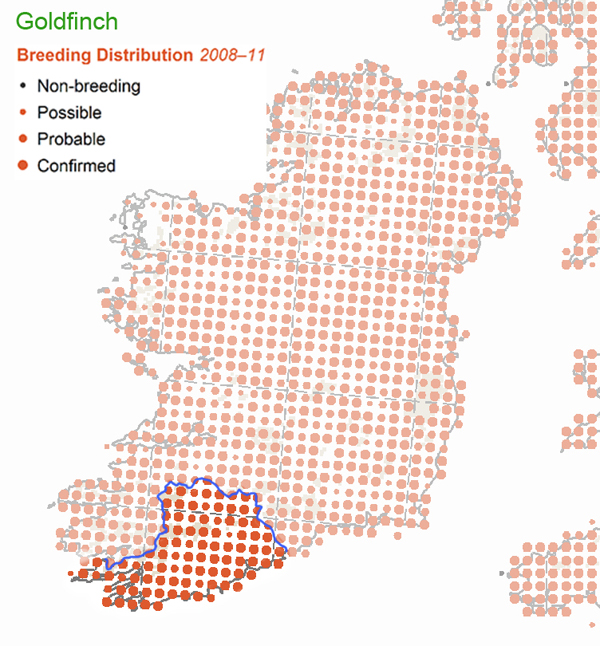 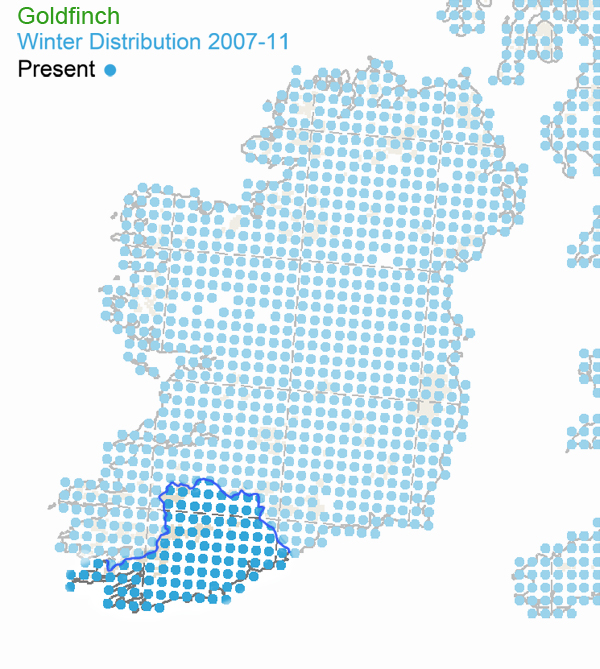 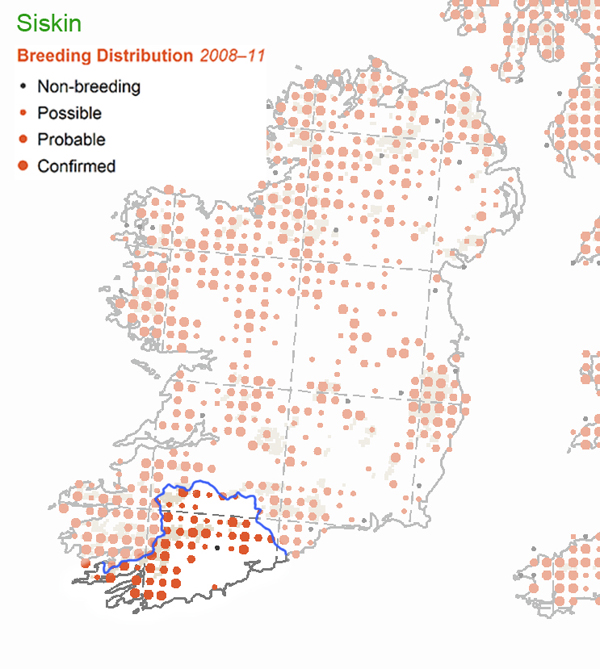 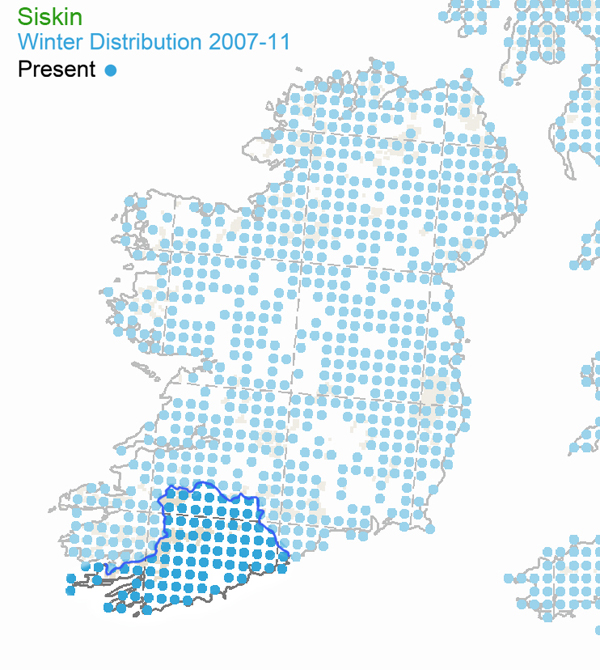 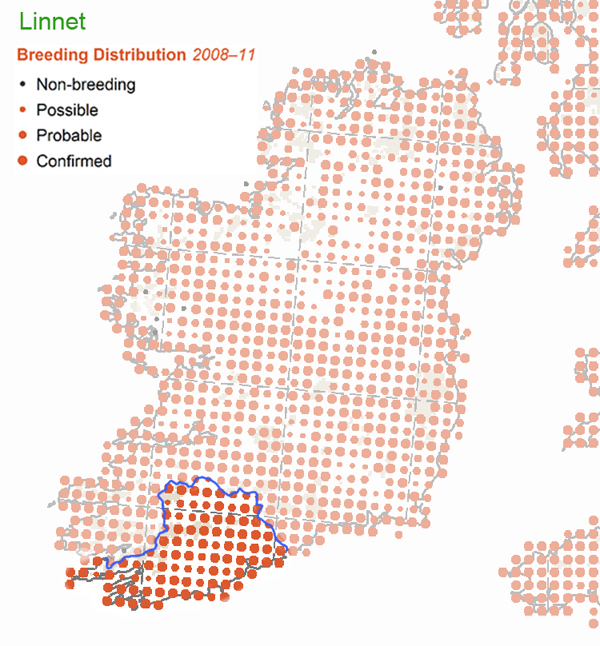 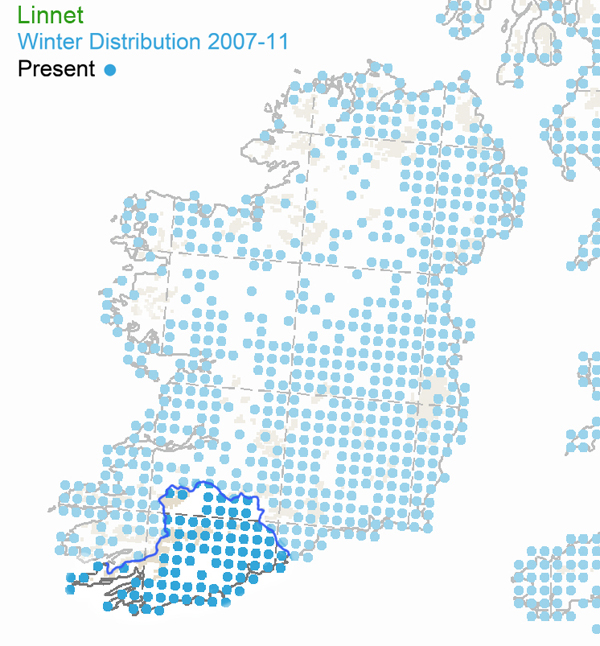 This species was formerly more abundant in the county, with breeding taking place in west Cork and birds regular in winter at sites such as Ballycotton. 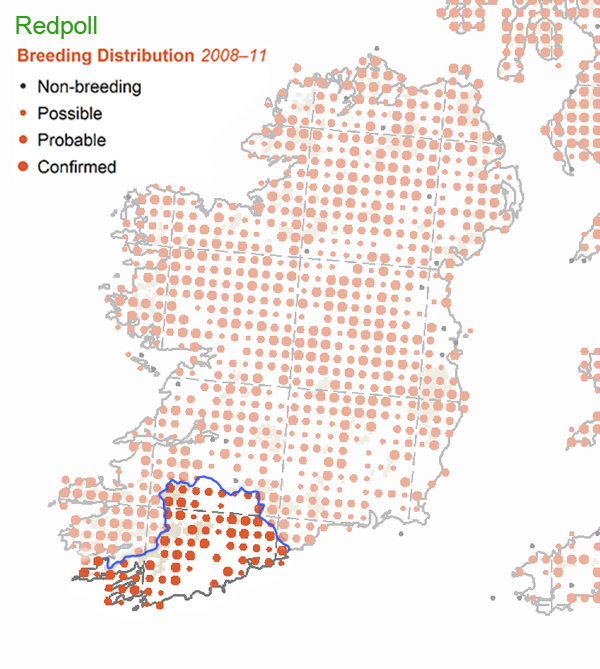 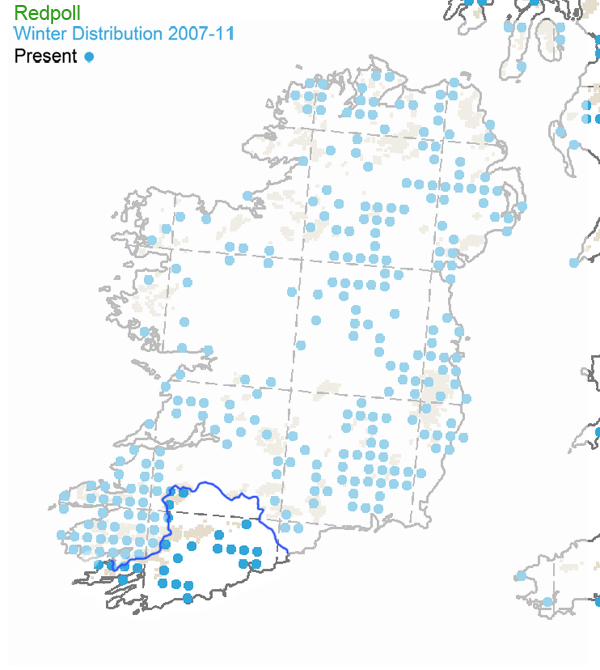 Distribution: resident in Greenland, northern Fennoscandia and arctic
Russia, with Europe accounting for less than half of its global range. (Birdlife International)

Rare vagrant.
One County Record upto the end of 2014.

Distribution: a widespread resident in the boreal zone of Russia and
Fennoscandia, with Europe accounting for less than a quarter of its global range. (Birdlife International)

Irruptive passage migrant, summer and winter visitor. Widespread arrivals in some years, following which birds may reside in an area and even breed. Numbers then decline and the species becomes quite scarce until the next irruption. 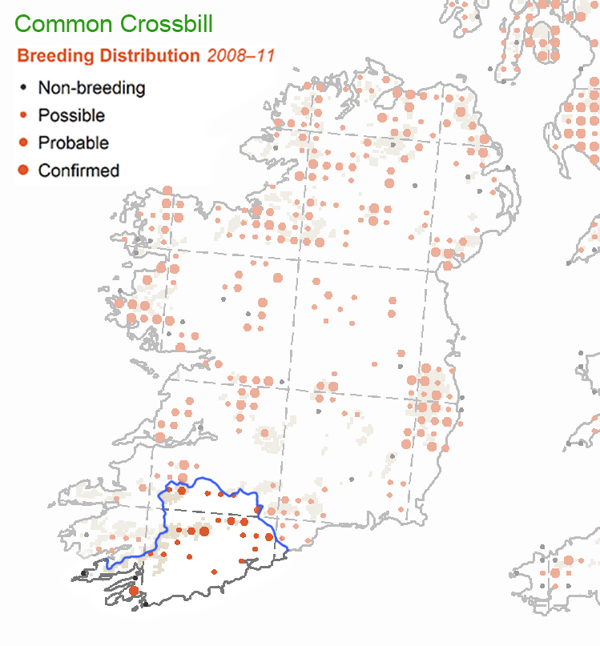 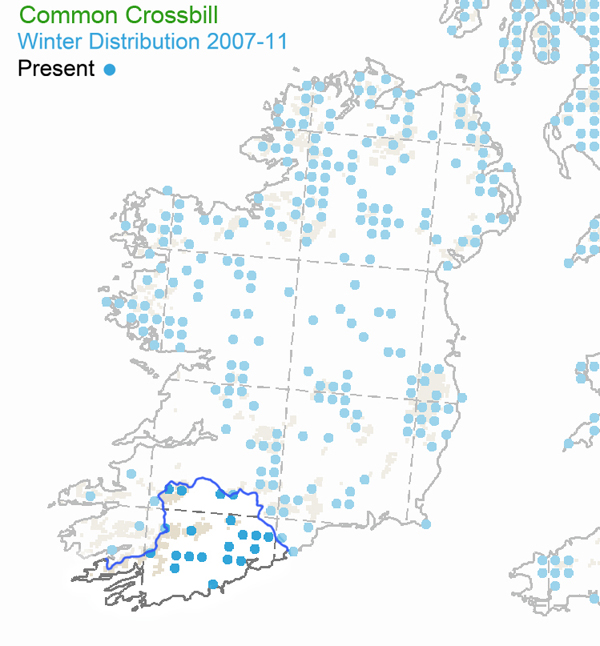 Usually seen singly but up to four have been seen together (Cape Clear Island, September/October 2001).

All records between May and November with most seen during September and October.

Distribution: a widespread summer visitor to most of northern Europe,
occurring more patchily farther south, with Europe accounting for less than a quarter
of its global breeding range. (Birdlife International)

Uncommon resident, widespread but never numerous. The ‘northern’ race may be a rare vagrant? 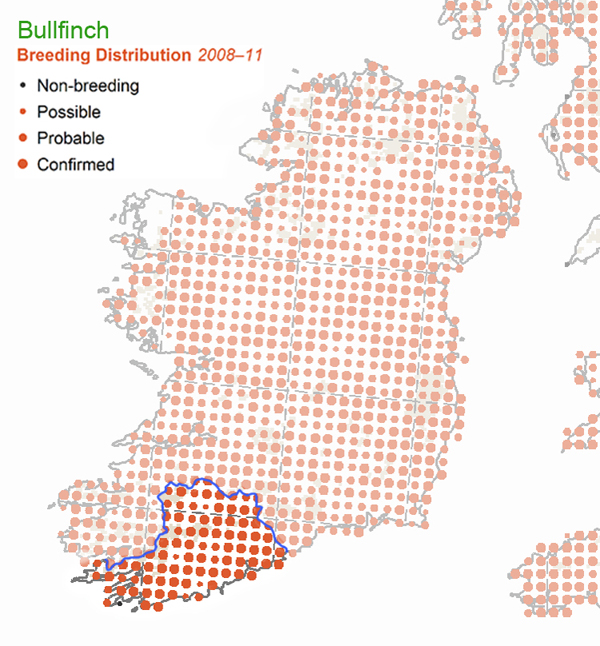 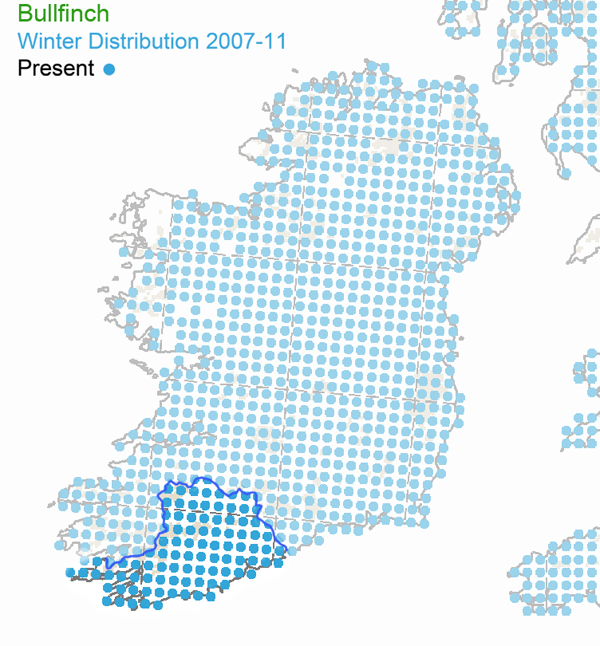 All seen in October apart from singles recorded in Januray, May, August, September and November .

Distribution: a widespread breeder across much of Europe, which
accounts for less than half of its global breeding range. Does not currently breed in Ireland. (Birdlife International)