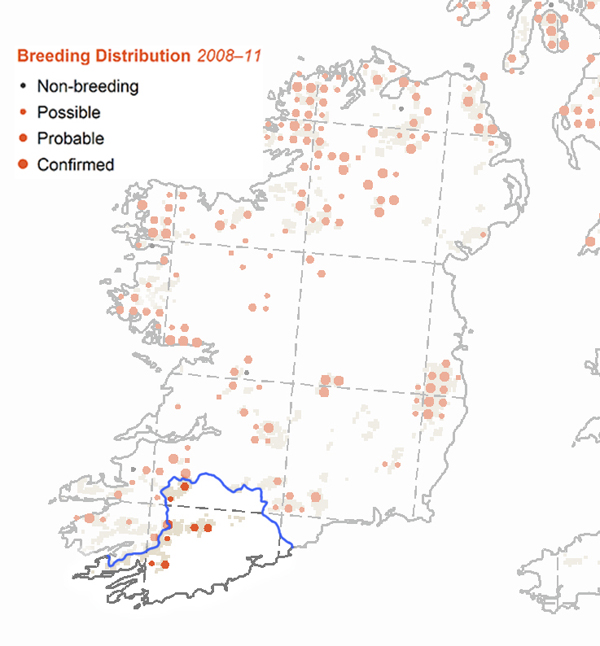 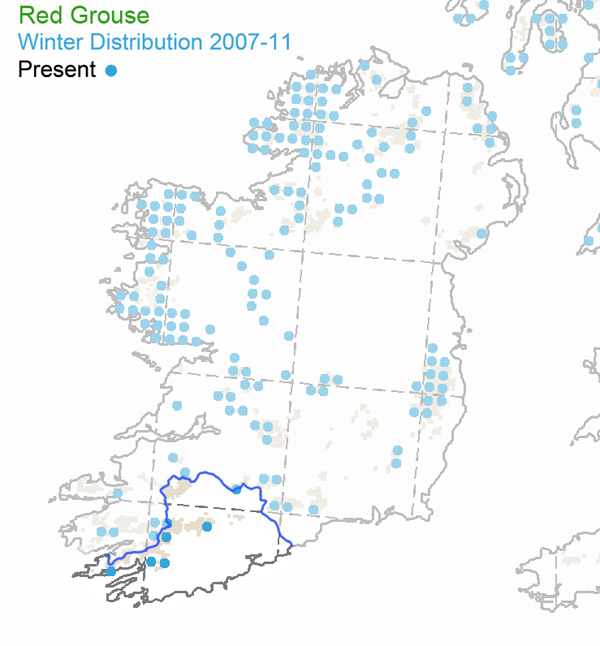 Extinct. Old texts suggest the bird was present in the county up to the mid-1700s.

May be extinct as a native species in the county and releases of hand-reared birds by hunters makes assessing the status of ‘wild’ populations difficult. Introduction of birds in the Fermoy area by local gun club continues.

Rare passage migrant, with most records in mid to late summer.
Probably bred up to the 19th century (Ussher & Warren:xxviii).
30 records involving 39 birds between 1964 (first records post 19th century) and the end of 1993 when the speices was removed from the IRBC rarities list. Usually seen singly but up to five together have been recorded.
Analysis of these records show the following:
Locations where birds have been seen: Aghadoe, Killeagh, Ballycotton, Ballymackeigh (Killeagh), Ballymacoda, Ballyquirke (Killeagh), Ballyspillane (Midleton), Baltimore, Cape Clear Island, Fanisk Bridge(Killeagh), Galley Head, Inch (Killeagh), Kilcrea, Old Head of Kinsale, Oysterhaven, Roche’s Point, The Lough (Cork City).
Birds seen between April and November with most records during the summer months.
Distribution: a widespread summer visitor to much of Europe, which accounts
for less than a quarter of its global breeding range. A very rare breeding bird in Ireland, mainly in the midlands, no breeding records for county Cork.

Common resident throughout the region, numbers often artificially high as the species is often bred for hunting. 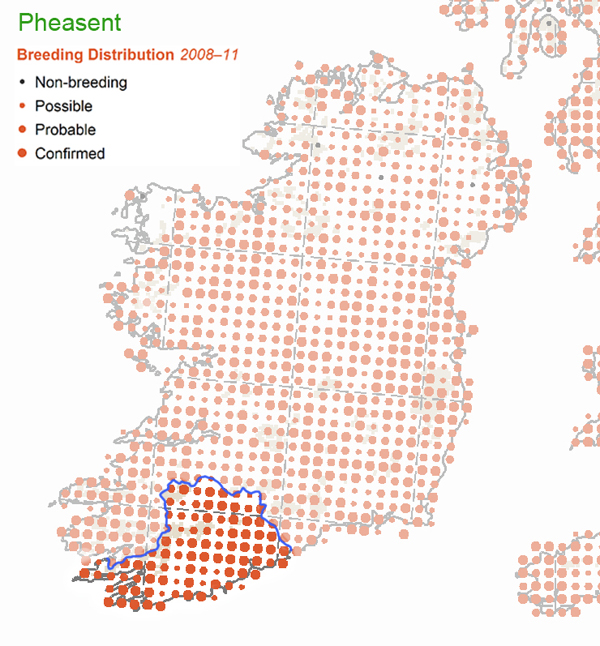 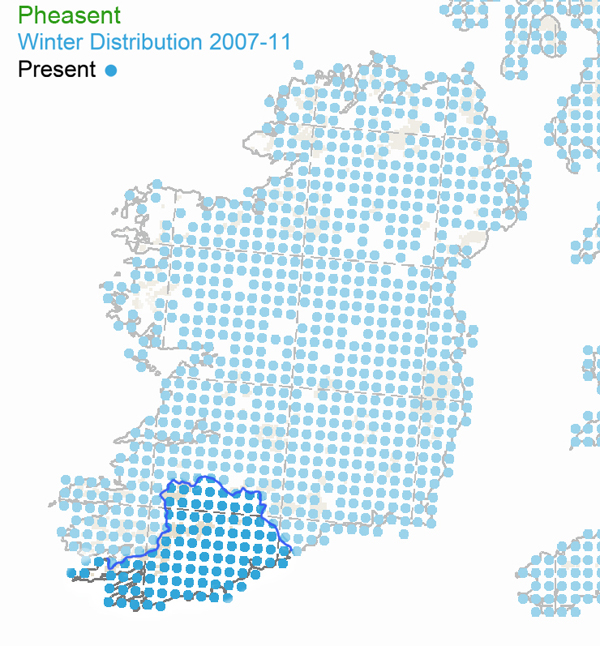