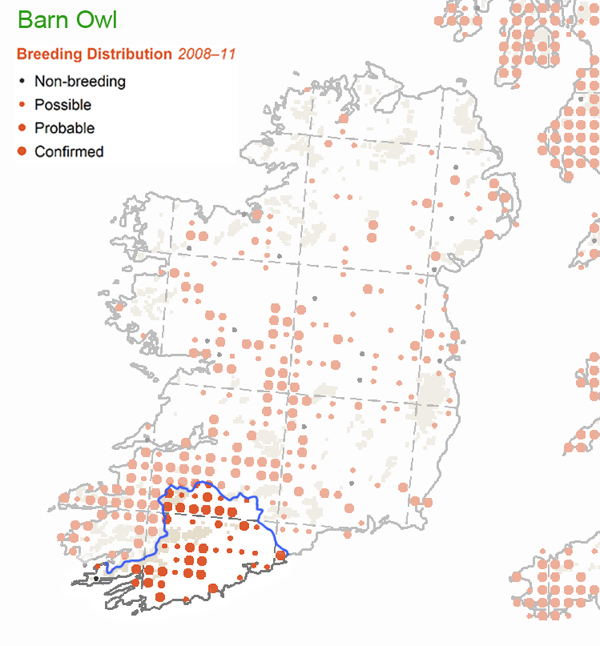 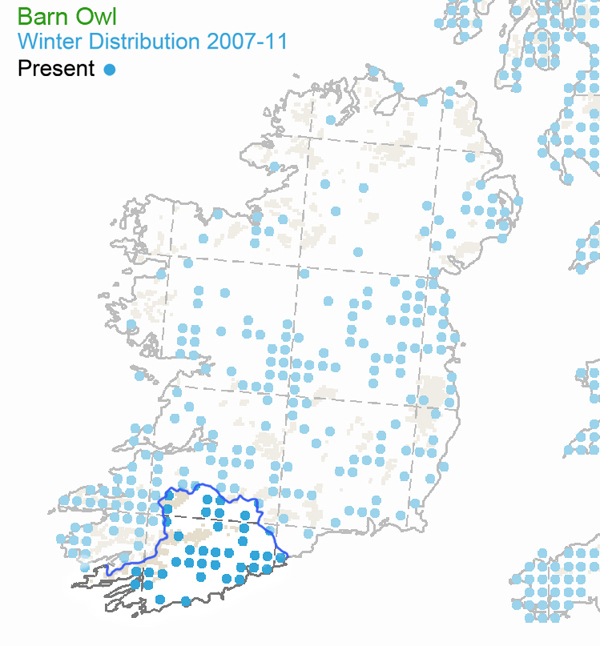 Rare vagrant.
One county record up to end of 2013.
1827 Inchigeela Mountain, shot at!, no date. Ussher & Warren, 1900
No longer accepted – 1878 At sea North Atlantic, off Cape Clear, 300 miles SW, male caught on a ship, November, and brought to Cork. Ussher & Warren, 1900
Distribution: an irregular breeder in Greenland, Iceland, Fennoscandia and
arctic Russia, with Europe accounting for less than a quarter of its global breeding
range. (Birdlife International)

Rare vagrant.
Awaiting more information.
Distribution: a widespread resident across much of Europe (except the north),
which accounts for less than half of its global range. (Birdlife International) 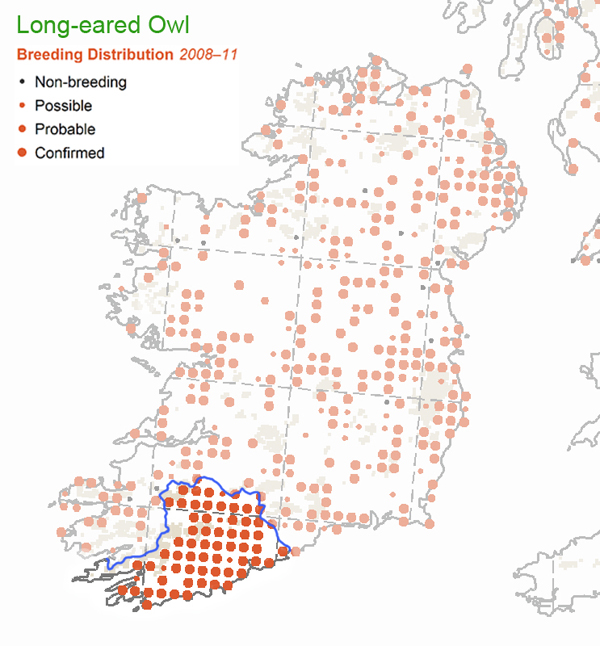 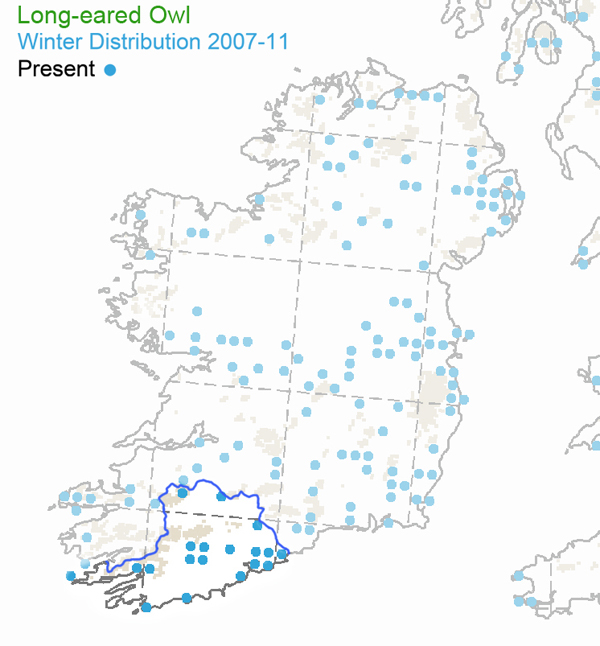 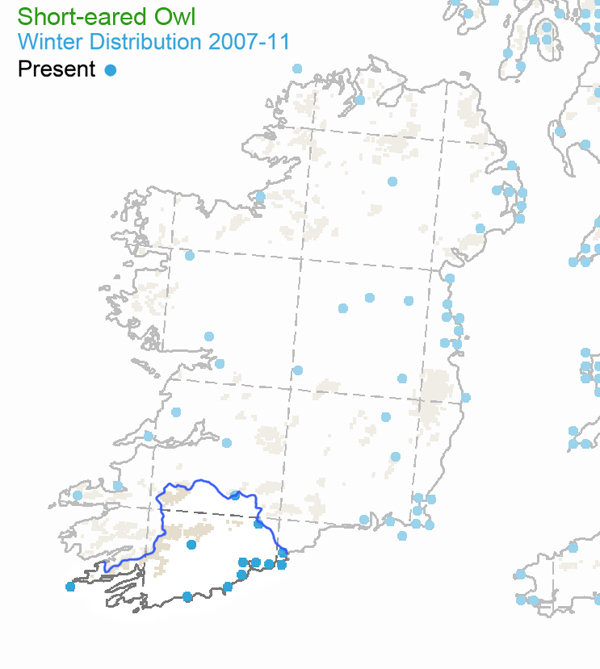 Distribution: a widespread but patchily distributed breeder across much of Europe,
which accounts for less than a quarter of its global breeding range. Does not currently breed in Ireland. (Birdlife International)