Uncommon and localised breeding species. Common in autumn and winter, when population increased by northern migrants. 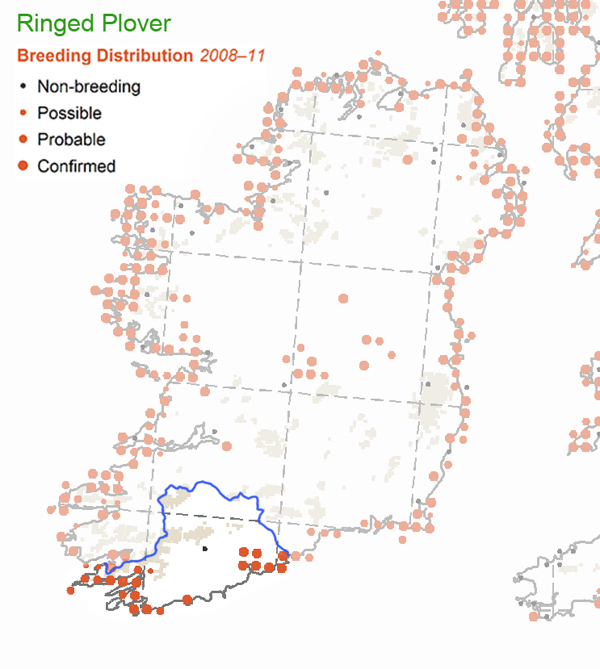 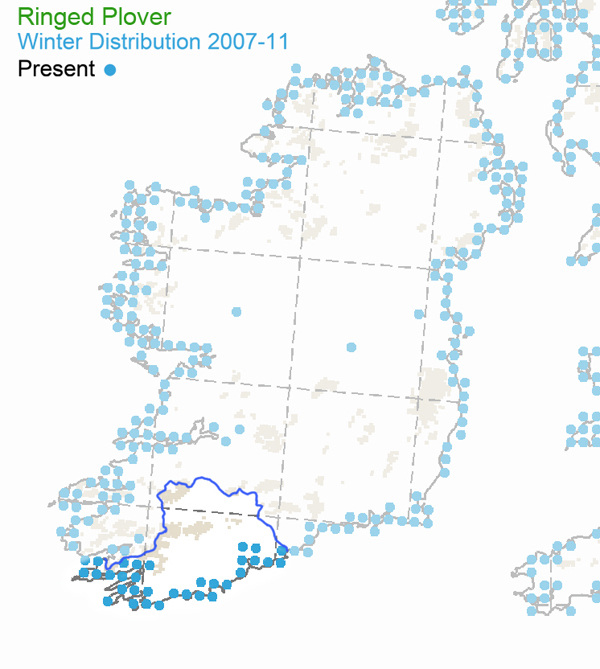 Rare vagrant.
Three county records up to the end of 2014.
1984 Ballycotton, one on the 24th April.
1980 Ballycotton, one immature fromthe 22nd to the 27th September.
1970 Ballymona Strand (Ballycotton) one on the 23rd April.
A ringed individual at Pilmore Strand in 2008(?) turned out to be a captive bird found and released by Dutch/German police following an investigation into illegal breeding of protected species there.
Distribution: a widespread breeder in coastal areas of western and
southern Europe, which accounts for less than a quarter of its global breeding range. (Birdlife International)

Rare vagrant.
One county and Irish record up to 2014.
2013 Ring Strand, Pilmore and Clonpriest, Youghal, one showing characteristics of C. m. mongolus on the 27th and 28th July. 1st county and Irish Record.

Rare vagrant.
Three county records up to the end of 2013.
1993 An adult at Ballycotton on the 8th August.
1991 Inchydoney, adult, 19th October.
1991 Kinsale Marsh, adult, 5th to 8th October.
Distribution: the Pacific Golden-Plover breeds in western Alaska and Siberia and winters on islands across the Pacific Ocean, through southeast Asia, to northeastern Africa. It is uncommon in North America, found breeding in Alaska, and migrating and wintering in small numbers along the Pacific Coast. (Cornell Lab of Ornithology)

Common autumn passage migrant and winter visitor, declining in spring, and with very small numbers remaining through the summer months. 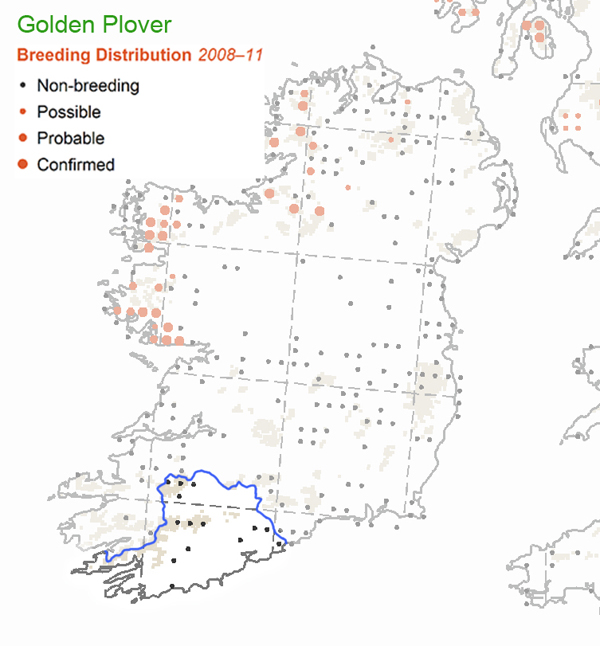 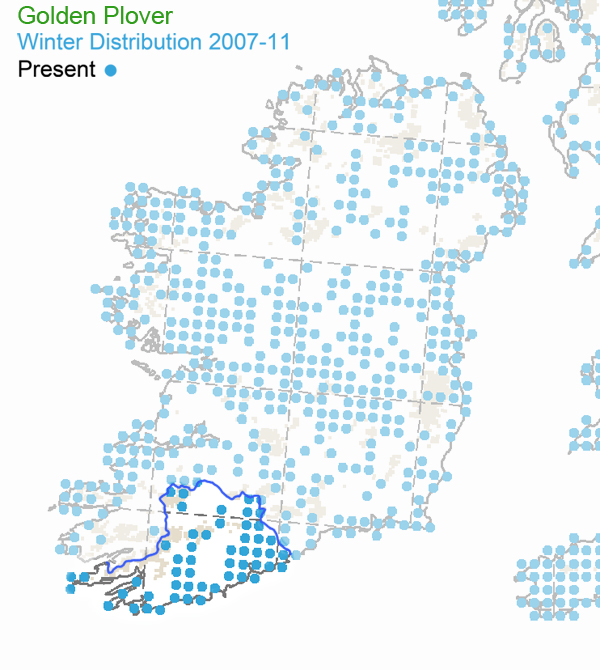 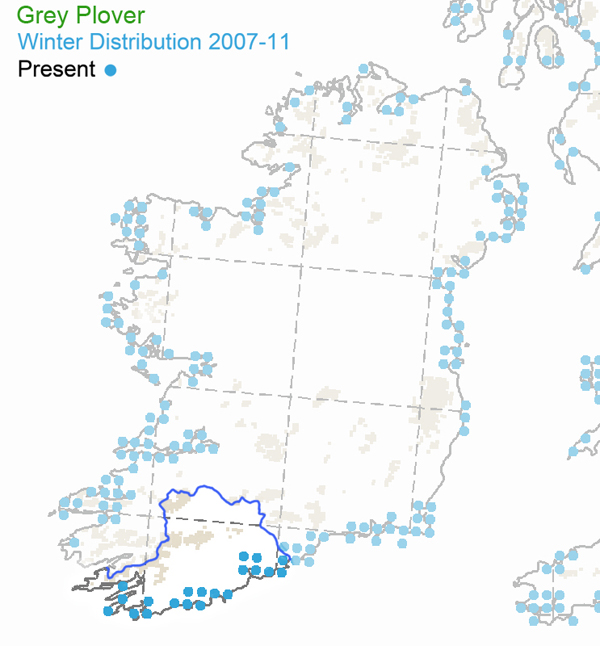 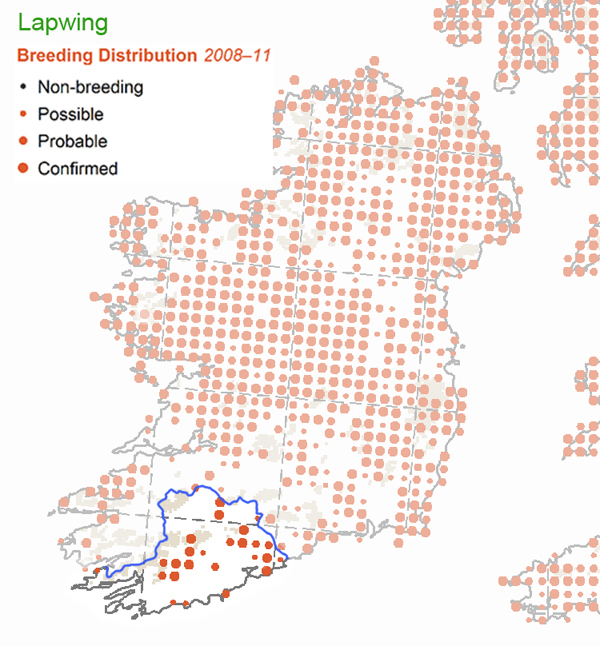 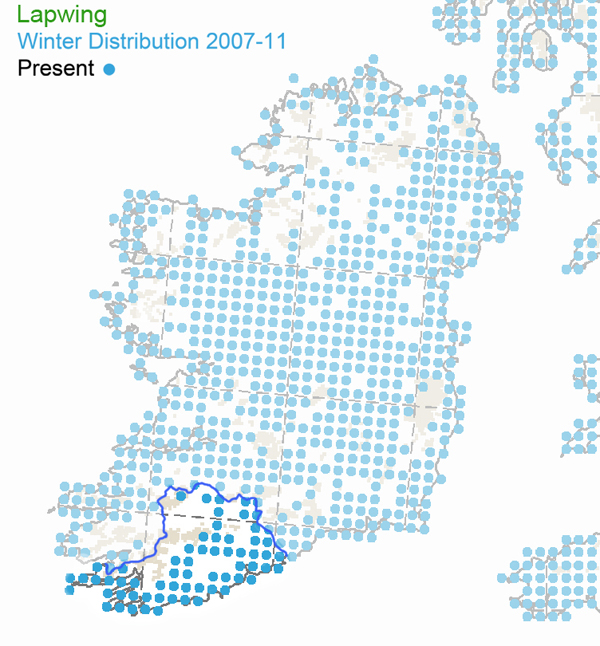