Common throughout the county. Mainly resident, but some grouping of non breeding birds in summer and immature birds wander in the winter. 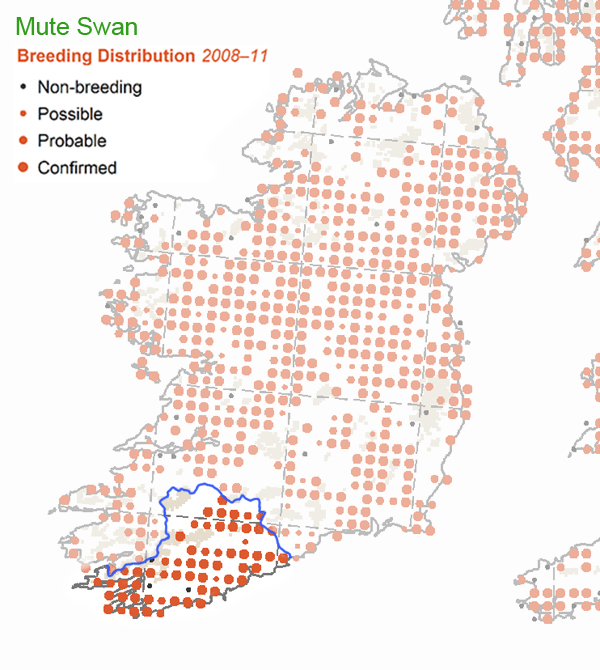 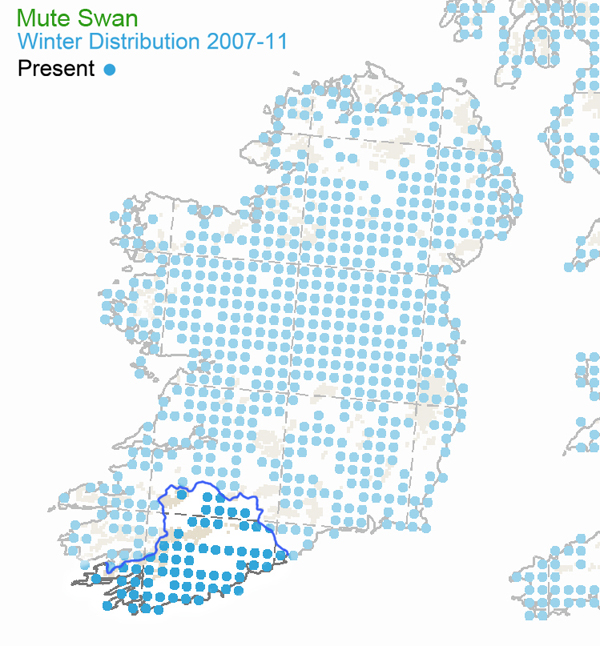 Winter visitor, mainly to the east of the county. Scarce since 1998, when the east Cork flocks diminished.

Distribution: breeds mainly in Russia, but winters locally in western and southeastern Europe, which accounts for less than a quarter of its global wintering range. (Birdlife International)

Rare.
Two county records up to the end of 2013.
One in 1979 two records of the same individual in 1983 & 1985. Awaiting details.
Distribution: Breeds across the far north of North America and has a patchy winter distribution in west, east and south of North America. (Cornell Lab of Ornithology)

Winter visitor, with most seen between October and March. Widespread, but largest flocks mainly in east. 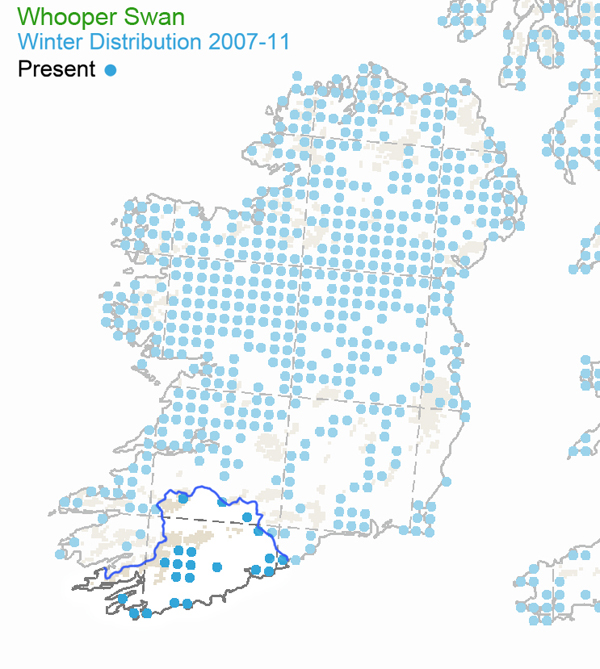 Distribution: breeds mainly in Iceland, Fennoscandia and northern Russia, but winters patchily across much of Europe, which constitutes >50% of its global wintering range. Almost all Irish birds breed in Iceland. (Birdlife International)