Common and widespread offshore throughout the year, breeds at a number of coastal sites.

Global Distribution: This species has a circumpolar distribution, occurring in the low-arctic and boreal waters of the North Atlantic and North Pacific (del Hoyo et al. 1996). (Source: BirdLife International) 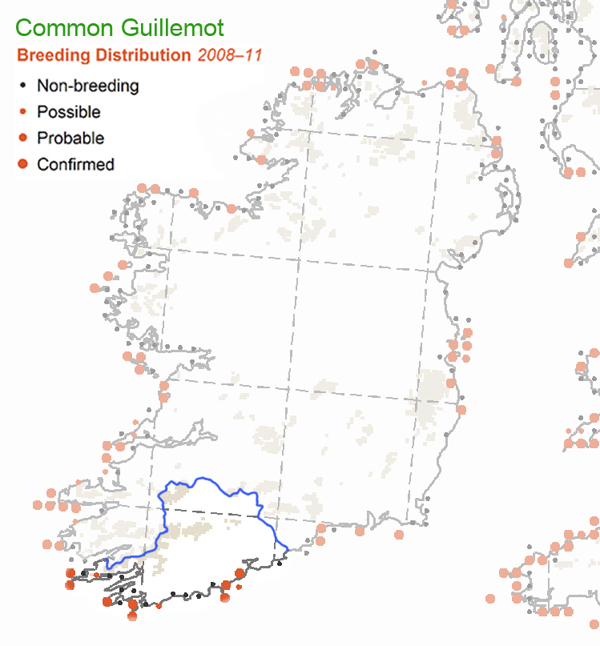 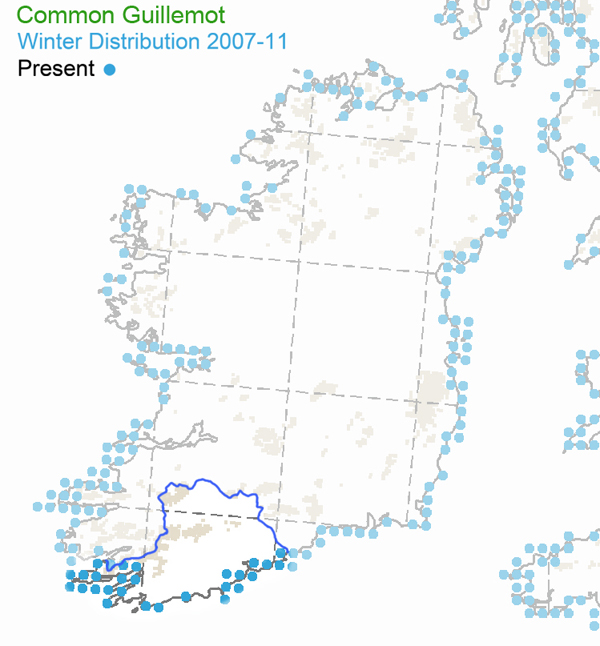 Common and widespread offshore throughout the year, breeds at a number of coastal sites. 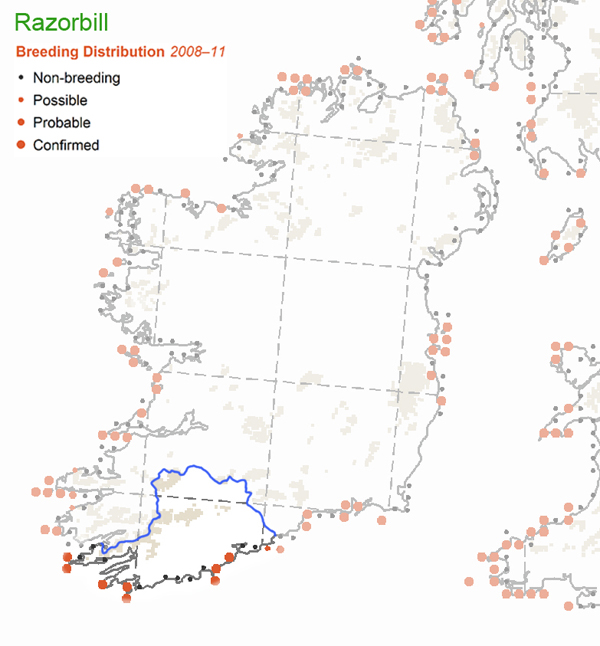 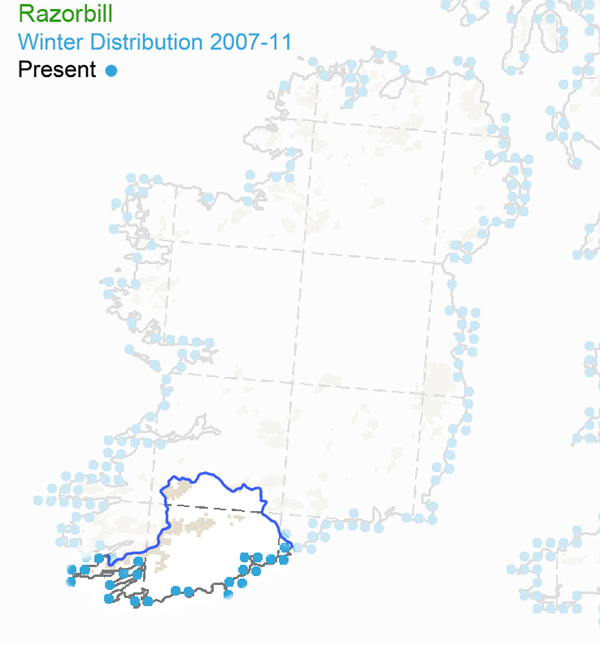 Global Distribution: This species can be found throughout Arctic waters on the northern coasts of Russia, Alaska (U.S.A.), Canada and Norway, in the Atlantic Ocean off Greenland (to Denmark), eastern Canada as far south as the United Kingdom including the North and Baltic Sea (del Hoyo et al. 1996). (Source: Birdlife International) 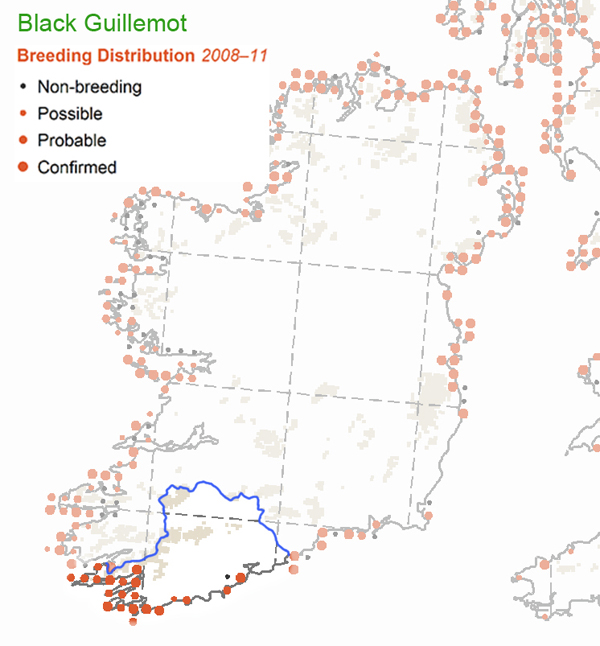 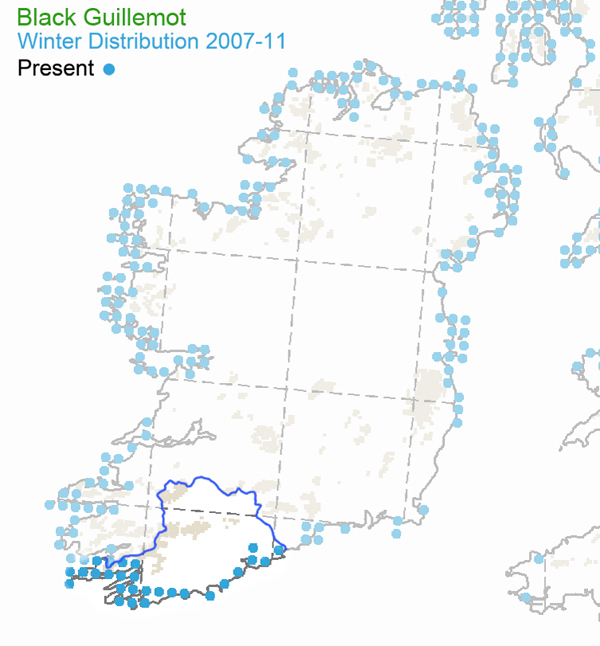 Occasional late autumn and winter visitor, the majority of birds seen in November.

Global Distribution: The Little Auk breeds on islands of the high Arctic, being found on islands in the Bering Sea, from east Baffin Island (Canada), through Greenland (to Denmark), Iceland to Spitsbergen, Bear Island and the Jan Mayen Islands (to Norway), Novaya Zemlya, Severnaya Zemlya and Franz Josef Land, Russia. It is migratory, expanding its range in winter to include the North Atlantic Ocean as far south as the United Kingdom and the north-east USA. (Birdlife International)

Uncommon from spring to autumn offshore, principally in the south-west. Very rare in winter.

Breeding status uncertain, but known to breed at least in small numbers in the south-west.

Global Distribution: The Atlantic Puffin can be found throughout the North Atlantic Ocean, from north-west Greenland (to Denmark) to the coastline of Newfoundland (Canada) and Maine (USA) in the west, and from north-west Russia down to the Canary Islands, Spain (in winter) in the east (del Hoyo et al. 1996). (Source: BirdLife International)