Highest counts have come from Cork Harbour where over 400 have been counted in winter months.

There have been three county records of this distinctive subspecies. 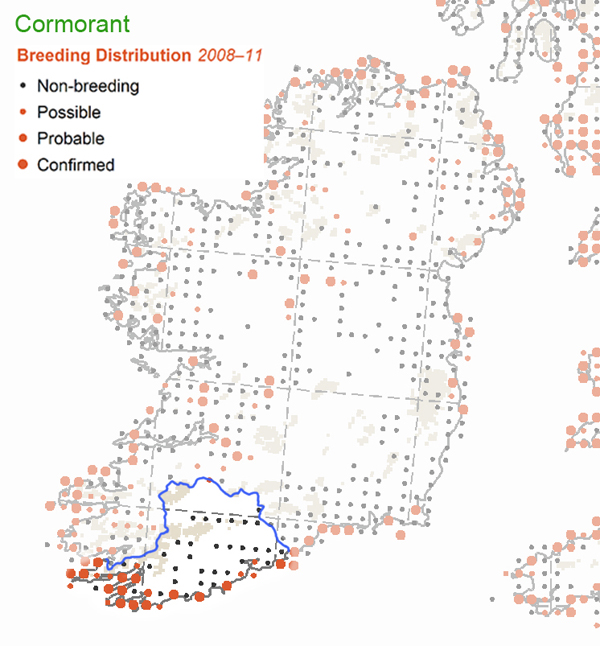 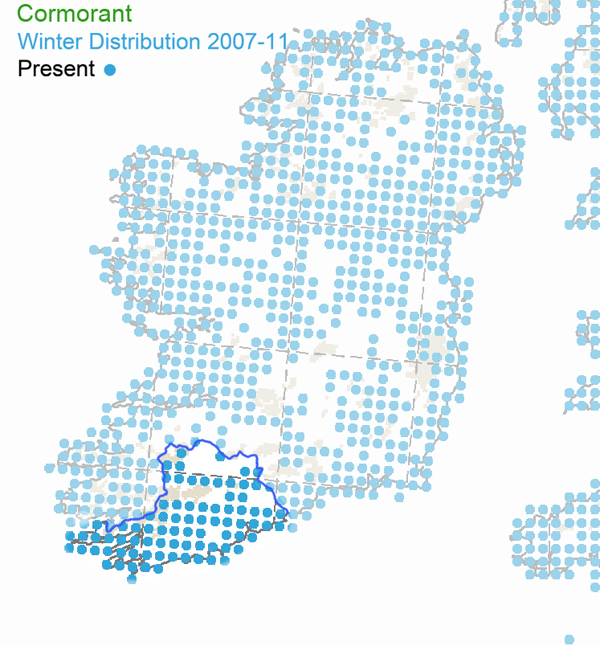 Over 220 Apparently Occupied Nests (AON) recorded in the county during a national survey between 1998 and 2002. 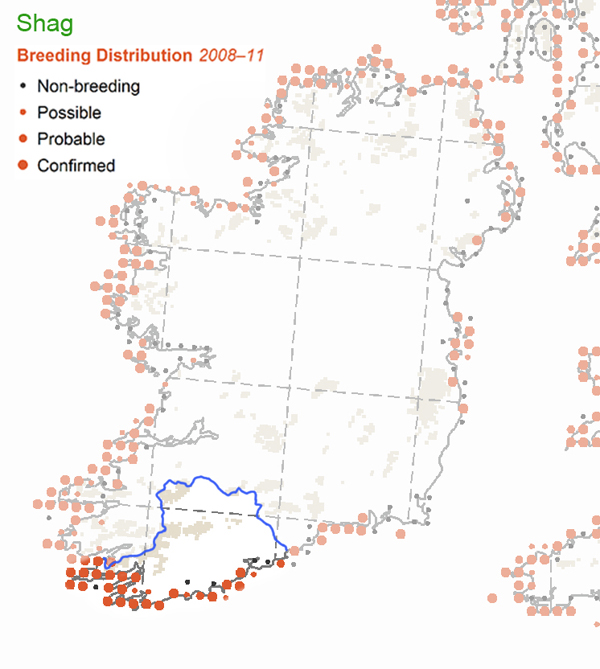 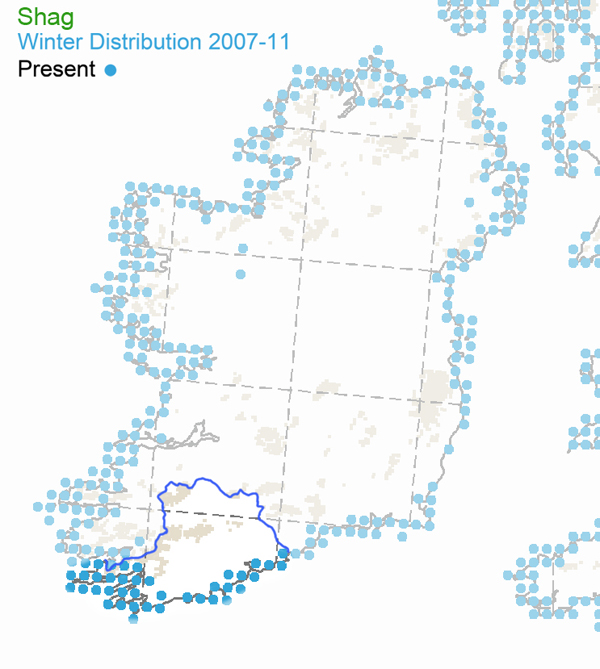