Breeding Species and common offshore during the spring, summer and autumn. Scarce during winter months.

The only breeding colony in the county is on the Bull Rock where 6,388 breeding pairs were counted in 2014.
Large movements along the coast usually observed between August and October with over 1000 per hour passing not unheard of.

In 2022 gannets around Ireland were hit badly by Avian Flu with many reports of dead and dying birds from along the coast of the county.

Global Distribution: This species is found on both sides of the Atlantic Ocean, with small numbers of individuals reaching the equator on the western and eastern side in the south, and reaching Norway in the north. Breeding sites include northern France, the United Kingdom, Ireland, Iceland, Norway and the eastern tip Quebec (Canada) (del Hoyo et al. 1992). (Source: BirdLife International) 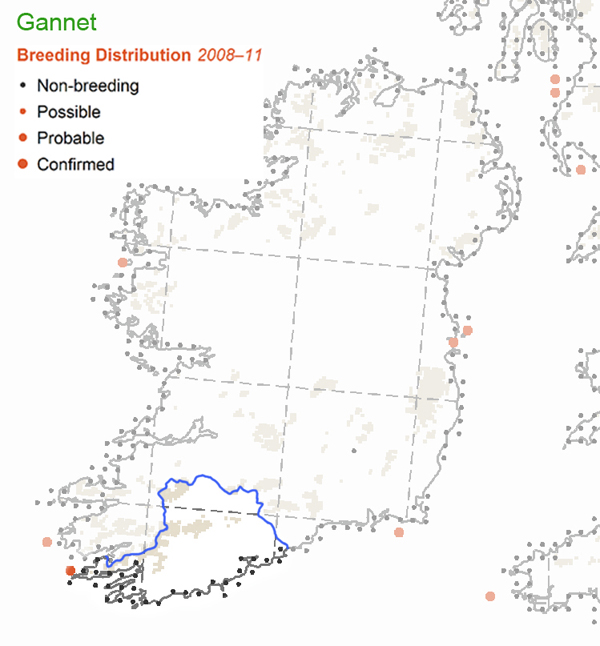 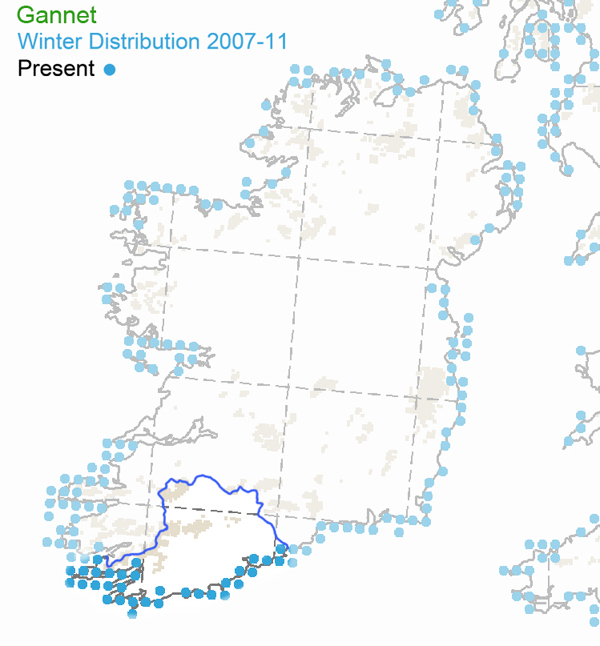