Five county records up to the end of 2020, with four records from 1997 to 2000 possibly involving the same individual.

Global Distribution: Resident in southern North American and those breeding in central North America move south for the winter.

Common resident breeding bird throughout the region.
Some small flocks in lakes and estuaries in winter indicate local movements as well as some immigration. 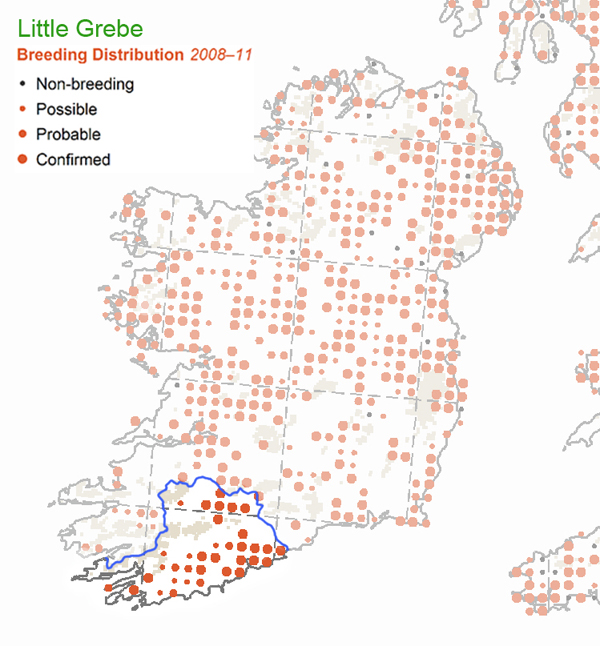 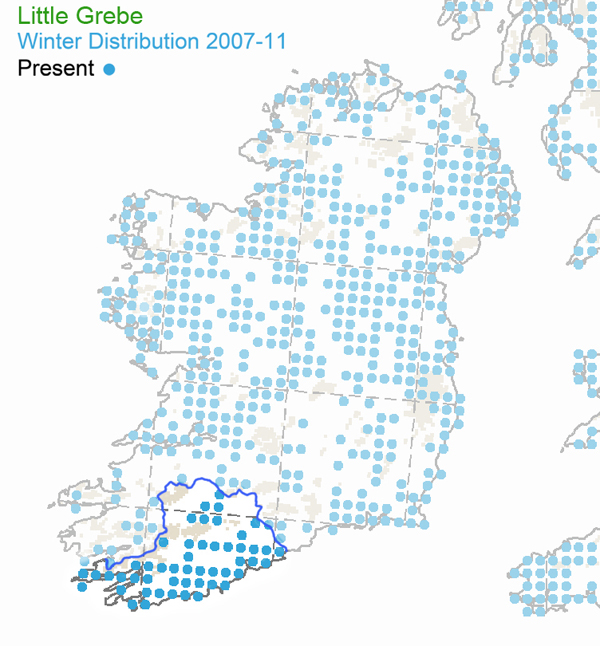 High counts from Cork Harbour include a peak of 365 in the 1990s, but numbers have decreased in recent years. 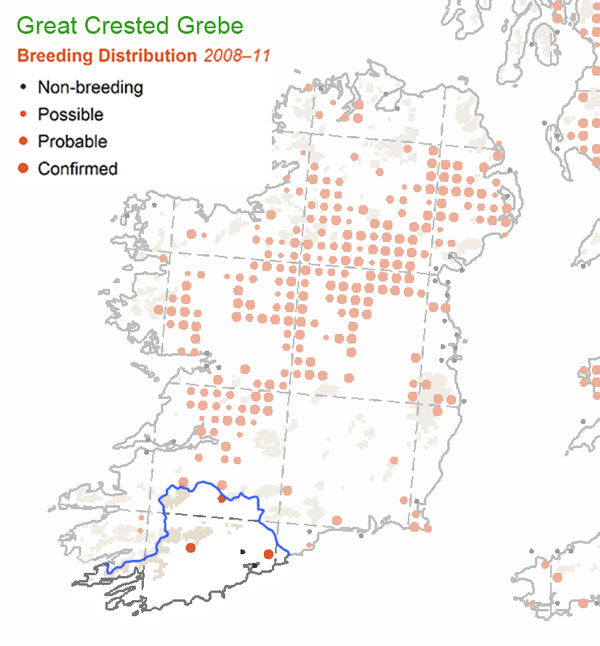 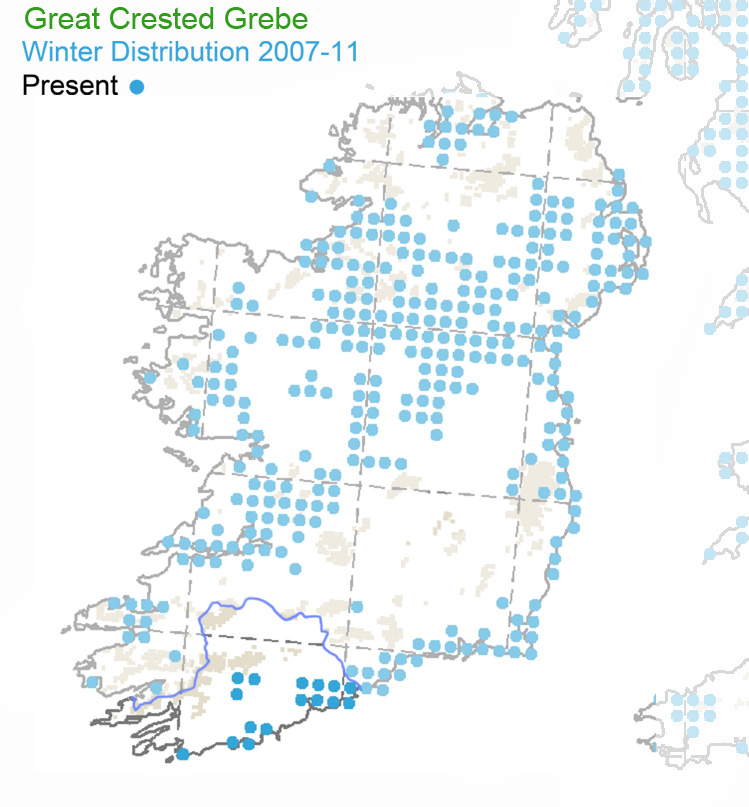 Global Distribution: found in western Canada, north-west USA, eastern Russia, north-east China and northern Japan, wintering from Japan and Korea through the Aleutian Islands to California (both USA), and off eastern the USA south to Florida. It can also be found in eastern Europe, west and west-central Asia wintering from the North Sea, Black Sea and Caspian Sea. (Birdlife International)

Scarce, irregular, winter visitor. All records up to 1985 from October to April.

Global Distribution: can be found across from Iceland, northern United Kingdom and Scandinavia in Europe, and throughout the centre of Russia to the Pacific coast. It also breeds in southern Alaska (USA), in most of western and central Canada, and in northern USA. Wintering grounds occur further south, including the North Sea, Adriatic Sea, Black Sea and the Caspian Sea, as well as the coast Japan, Korea and China, and the USA down to California on the Pacific coast and Texas on the Atlantic coast. (Birdlife International)

Global Distribution: a widespread but patchily distributed breeder across much of Europe, which accounts for less than a quarter of its global breeding range. Also Africa, Asia and North America. A very rare sporadic breeding bird in Ireland.