Four records in modern times up to the end of 2020.

Global Distribution: The American bittern is distributed widely across North and Central America. In the summer months it is found as far north as Alaska, U.S., and in Newfoundland and the Canadian Provinces, to central British Columbia, Canada. In the winter, the American bittern migrates as far south as Central America and the northern Caribbean islands. (Birdlife International)

Global Distribution: A widespread summer visitor to much of central and southern Europe, which accounts for less than a quarter of its global breeding range. Also found in Asia and Australia.(Birdlife International)

Rare migrant, mostly in spring.
31 records involving 40 individuals up to the end of 2020 since the first record of an adult male at Castlefreke a few years previous to 1845. (Thompson II:174)

Birds have been seen at the following locations: Aragadeen (near Timoleague), Ballycotton, Ballymacoda, Ballymaloe (near Cloyne), Cape Clear Island, Carrigrohane, Castle Freke, Castletownberehaven, Clonakilty, Cork City, Cork Harbour, Cuskinny Marsh (Great Island), Doneraile, Lissagriffin, Lissard Lake (near Skibbereen), Lough Aderry, Minane Bridge ( near Cork), On the Blackwater River (near Fermoy), Sherkin Island, Youghal.
Usually seen singly but three together have been seen on two occasions. Of those that were aged, most were immature birds. Birds have been seen in all months except December, January, February and September.

Global Distribution: a widespread summer visitor to much of the southern half of Europe, which accounts for less than a quarter of its global breeding range. Also Africa and North and South America.(Birdlife International)

2005 Schull, first-winter, 11th to 13th October. This bird was the first for Ireland and was also seen in Anglesey, Wales.

Global Distribution: The green heron breeds from the Pacific states of the U.S. and extreme south-eastern Canada south to Central Panama, the West Indies and islands off the north coast of Venezuela. As a partially migratory species, those most northerly populations travel before winter to reside in the southern U.S. to northern Colombia, northern Venezuela and eastern Ecuador . (Birdlife International)

Global Distribution: a widespread but patchily distributed summer visitor to much of
southern Europe, which accounts for less than a quarter of its global breeding range. Also found in Africa and Asia. (Birdlife International)

1940 Skibbereen, the first county and Irish record, May to August.

Sightings increased steadily since 1990 and  the first county breeding record was from Ballymacoda in 1998, population increasing.
This species continues its increase in the county, and is now common at coastal locations, especially in the east of the county.
Numbers breeding are relatively small but also increasing steadily. 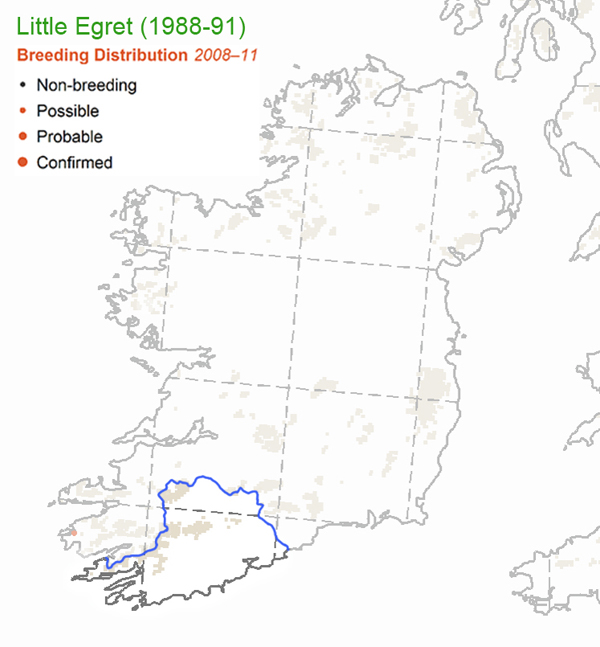 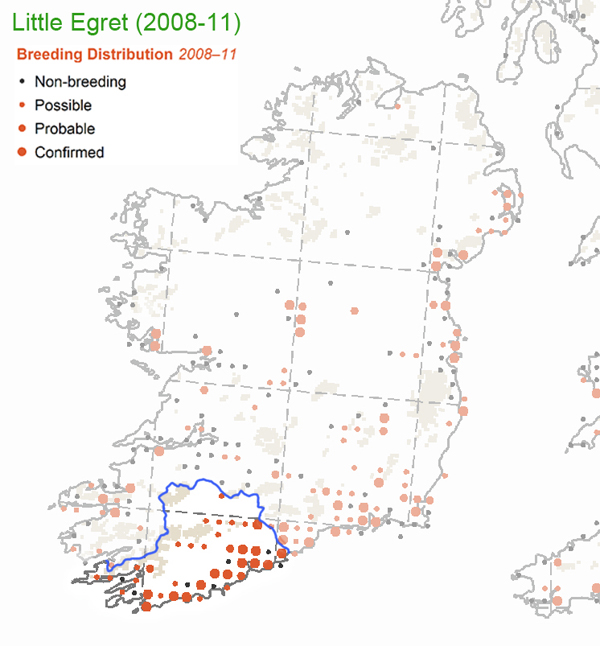 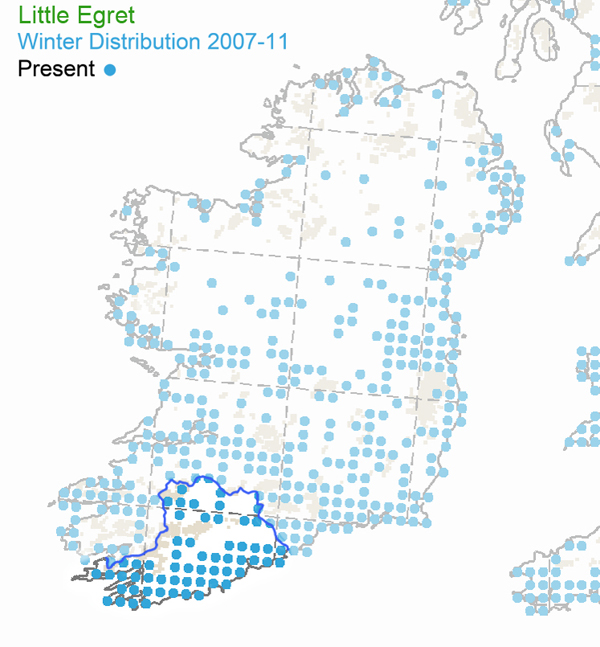 Global Distribution: It is a widespread but patchily distributed breeder across much of Europe, which accounts for a tiny proportion of its global breeding range.
Also Africa, Asia, Australia, New Zealand, North and South America. (Birdlife International)

Common and widespread resident breeding species.
Records at coastal locations, and offshore islands in autumn may indicate that some passage migration or winter immigration is also occurring. 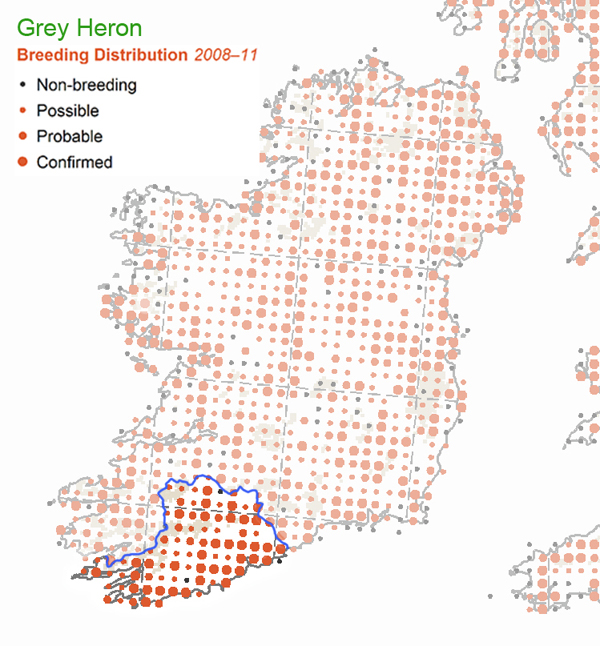 Global Distribution: A widespread summer visitor to much of the southern half of Europe, which accounts for less than a quarter of its global breeding range. Also found in Africa and Asia.(Birdlife International)

Five county records involving seven birds up to the end of 2020.

Global Distribution: is a widespread summer visitor to much of Europe, which constitutes >75% of its global breeding range. Breeds on the continent but not in Ireland or the UK. Also found in Africa and Asia. (Birdlife International).

Occasional migrant in spring and autumn. Winter records are rare.

At least 60 county records involving at least 58 birds up to the end of 2020. First county record was at Youghal in autumn 1829.

Where age was give adults and immatures seen in equal numbers. Most records were of single birds with the highest single count of four at Ballycotton early December 1860.
Recorded in all months of the year with records being fairly evenly spread over the year. Many birds were long staying, even over a year, and others considered returning individuals from year to year.

Global Distribution: A widespread but patchily distributed breeder across much of southern Europe, which holds just over 50% of its global population. Also breeds further north such as in the Netherlands.
Also Africa, Asia, Australia and North America. (Birdlife International)