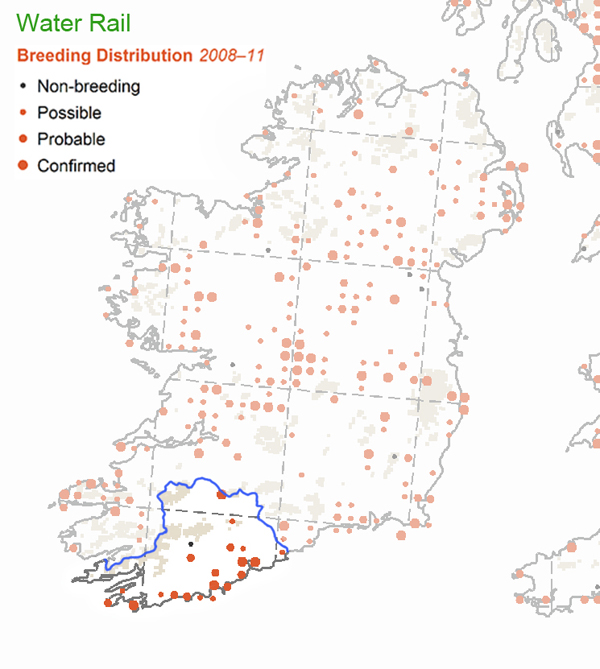 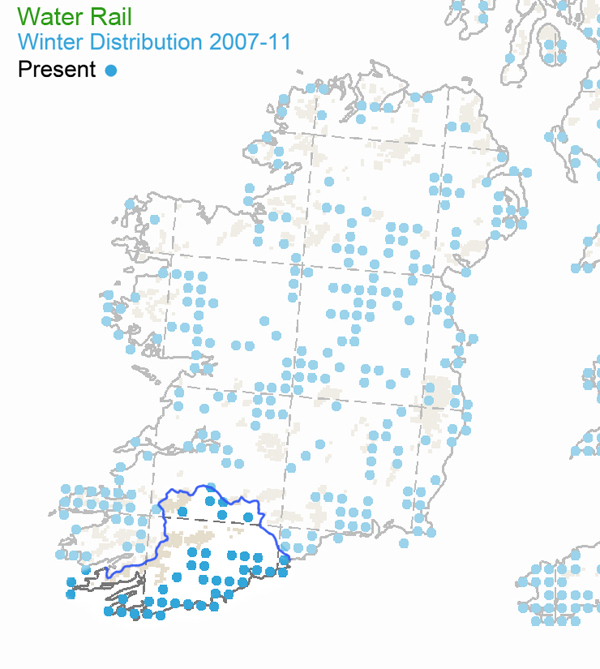 Rare vagrant.
One county record up to the end of 2014.
1845 Clay Castle, near Youghal, obtained, 30th October. W. Thompson, Zoologist 1847. This is the first Irish Record.
Distribution: a widespread but patchily distributed summer visitor to much of
southern and eastern Europe, which accounts for less than a quarter of its global
breeding range. (Birdlife International)

This formerly common breeding species continues to decline nationally, and is now a rare passage migrant in Cork. 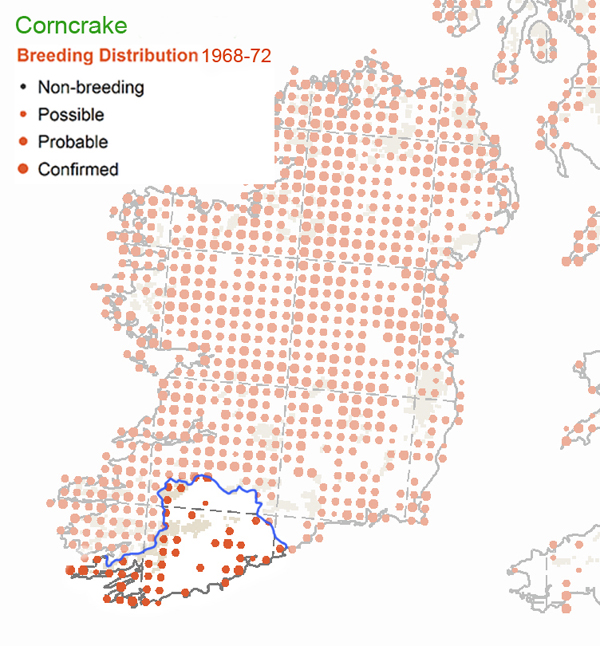 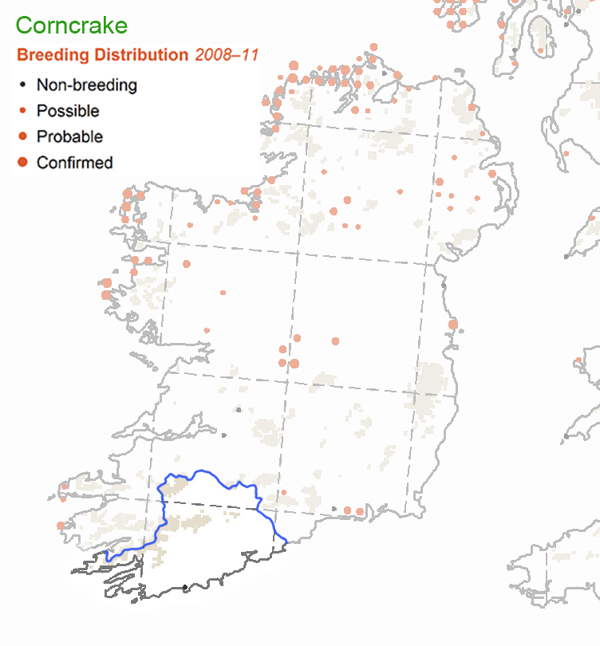 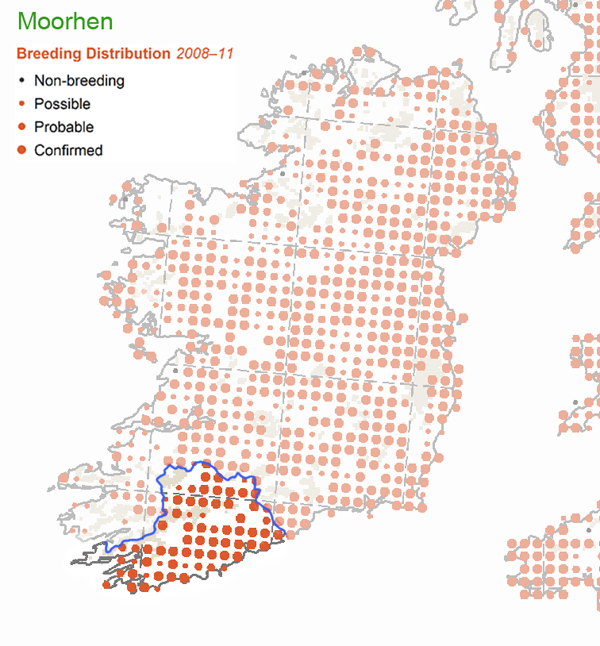 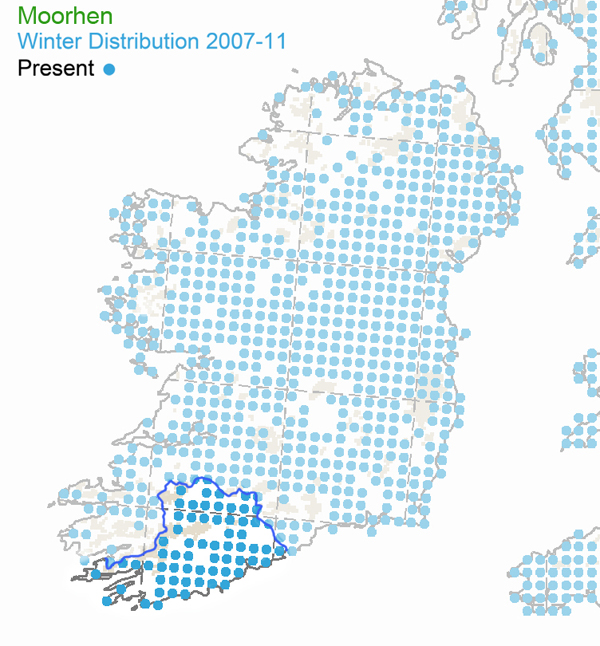 Uncommon breeding species, common if somewhat localised in winter, mostly in the east of the county. 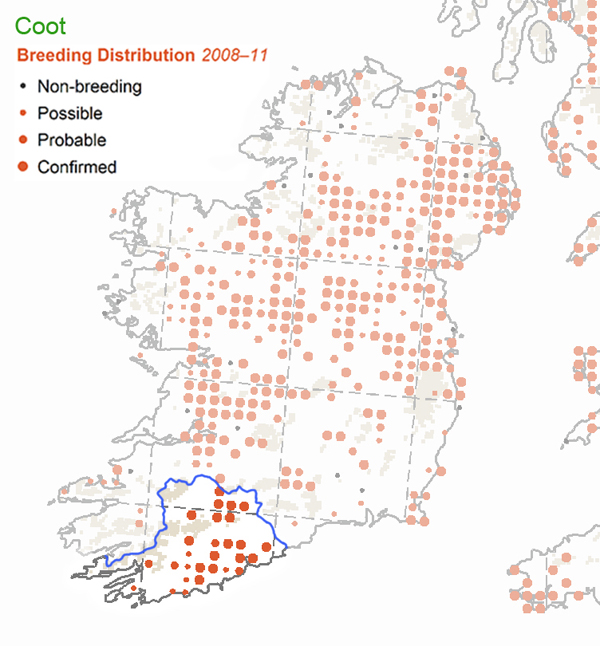 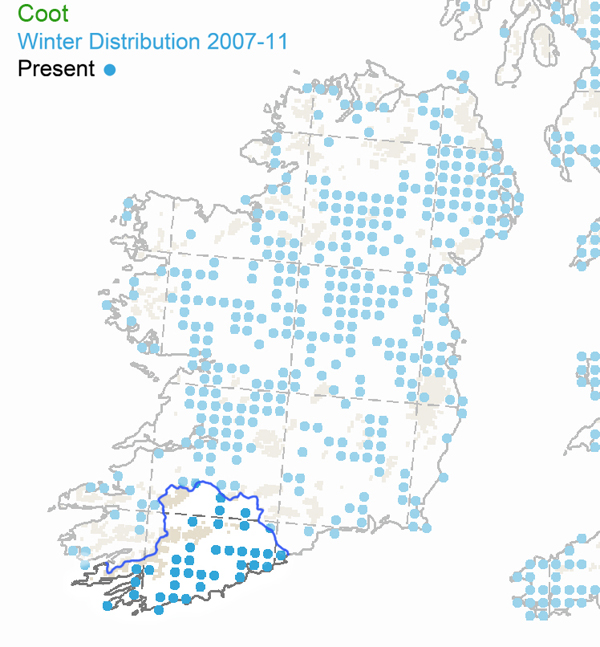 Rare vagrant.
One county record up to the end of 2014.
1981 Ballycotton, 7th February to 4th April. This is the first Irish Record.
Distribution: Resident mainly in western, central and parts of southern North America, migratory further north with those wintering in southern North America and Central America. (Cornell Lab of Ornithology)