Common resident breeding species, though appears to be declining nationally.

Global Distribution: Europe, north Africa, Middle East and Asia.
The House Sparrow has been introduced to many countries and now has an extremely large range and occurs in most parts of the world. 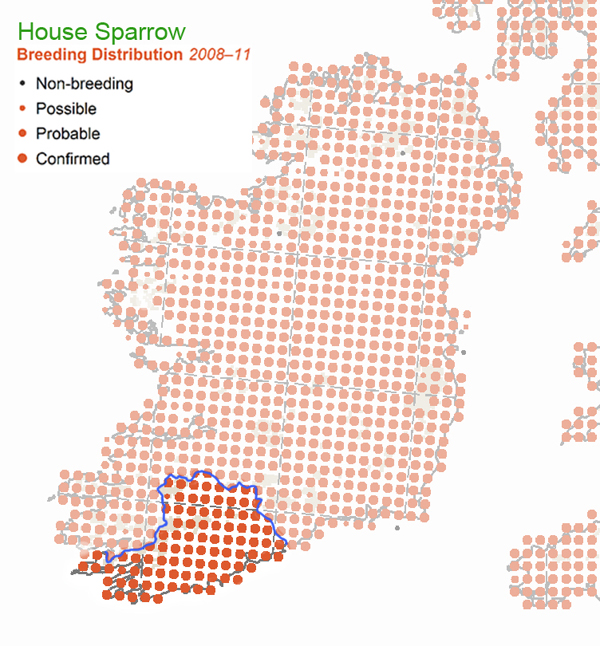 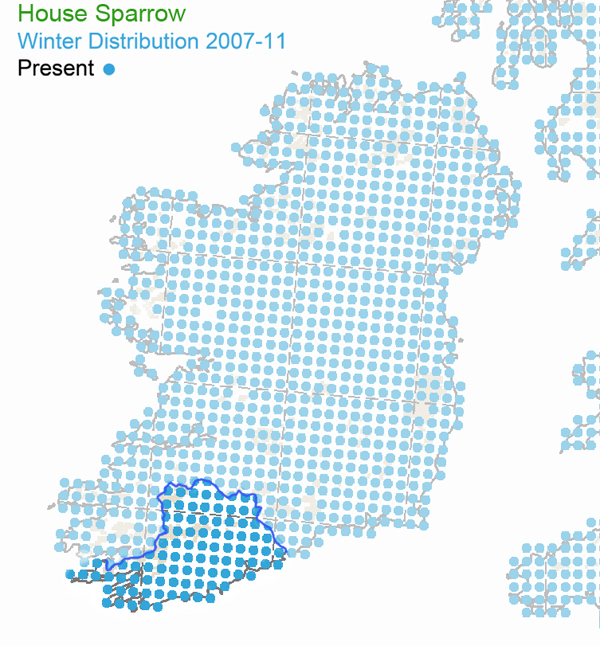 Recorded in all months of the year with most recorded in May and June. 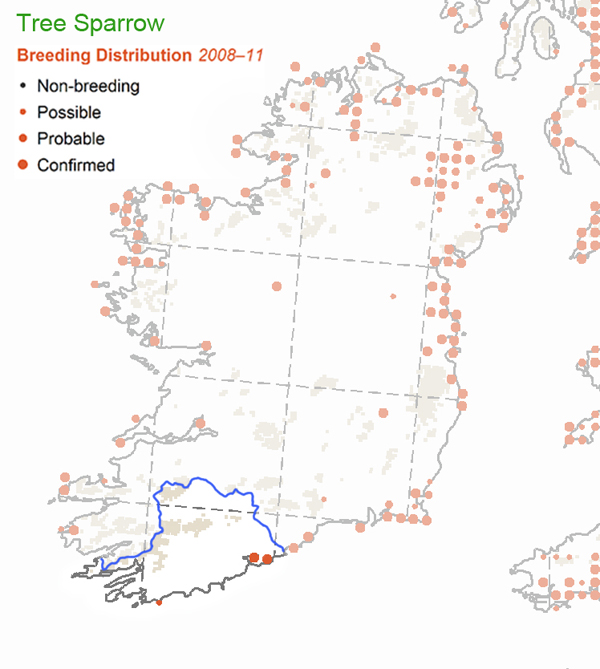 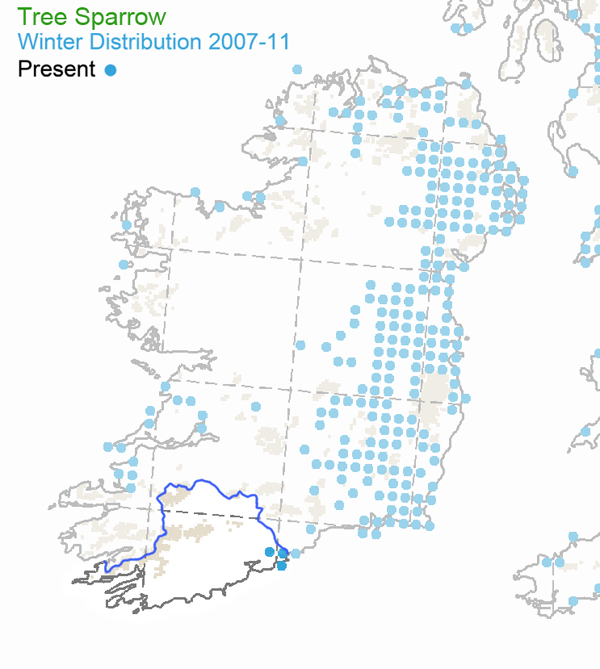