This species is regularly found in captivity, with many migratory feral populations on the near continent.

Records in recent decades probably do not refer to genuinely wild birds. The species remains on Category D of the Irish list (escaped or introduced).

Common throughout the region, breeding in small numbers in many areas. Population seems to be declining. Large winter flocks are found mainly in the Cork Harbour area.
There was a count of 3,765 in Cork Harbour in December 1981 and a peak count of only 694 in the  winter of 2019/20. 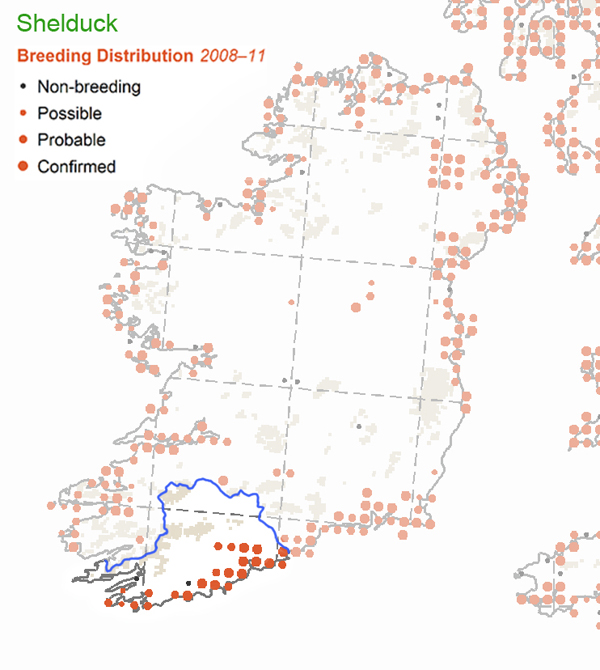 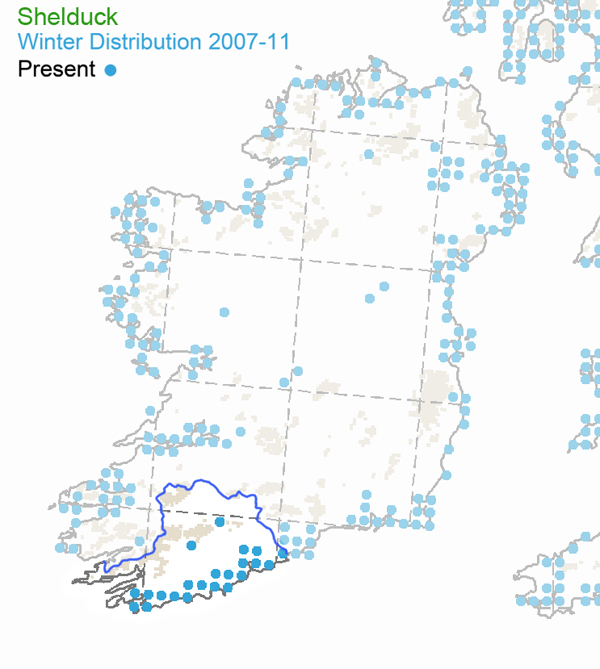 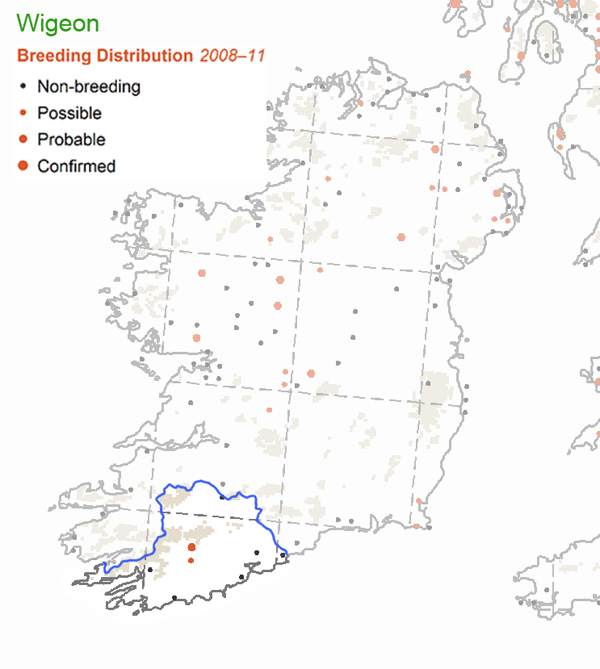 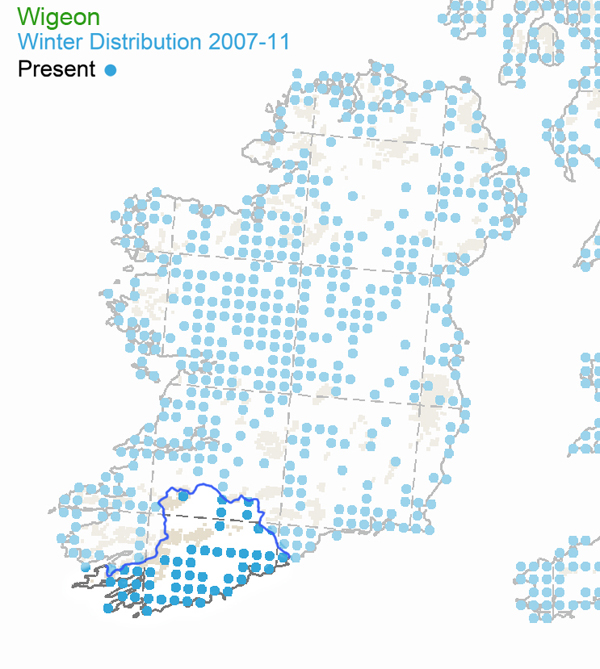 Distribution: breeds in northern Europe, and winters in coastal areas of the Mediterranean, the Black Sea and north-west Europe, which together probably hold >50% of its global population. Rare and sporadic breeder in Ireland. (Birdlife International)

58 records involving 39 birds up to the end of 2020, many returning individuals. Records are mostly of males, probably due to the difficulty of identifying females.

Scarce and declining winter visitor away from the east Cork strongholds, where most common. Rare in summer. Has been known to breed. 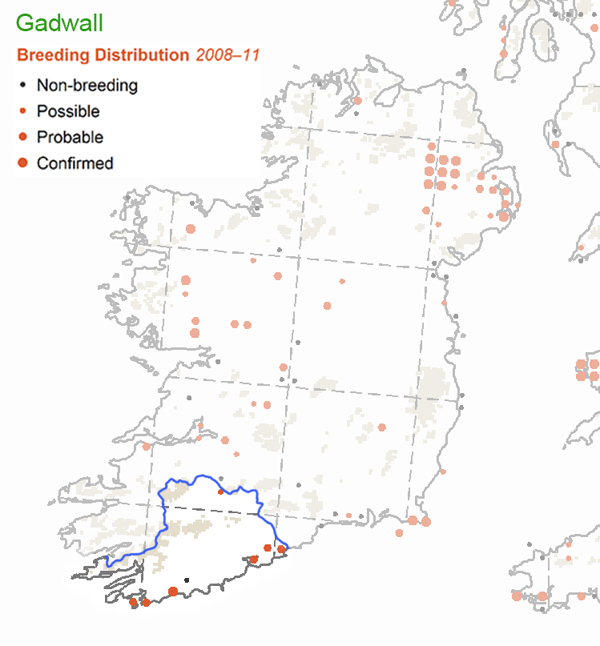 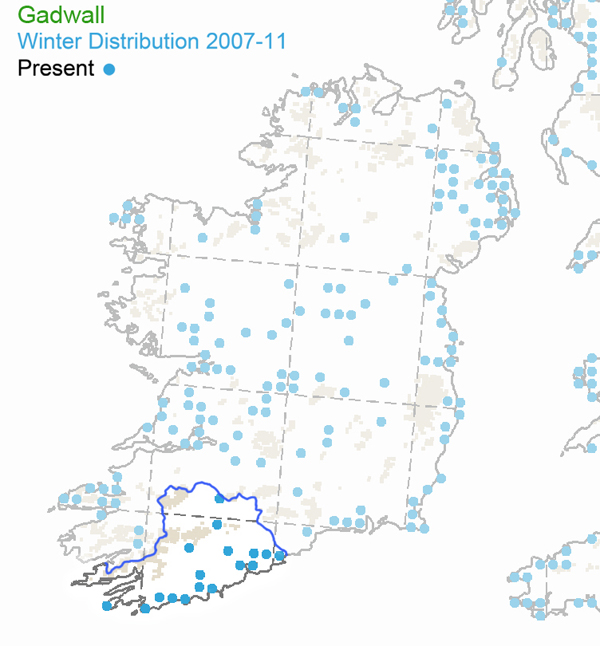 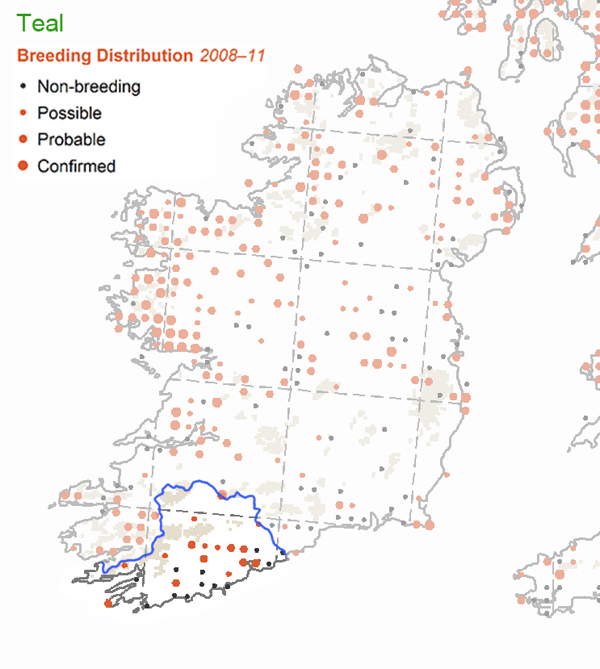 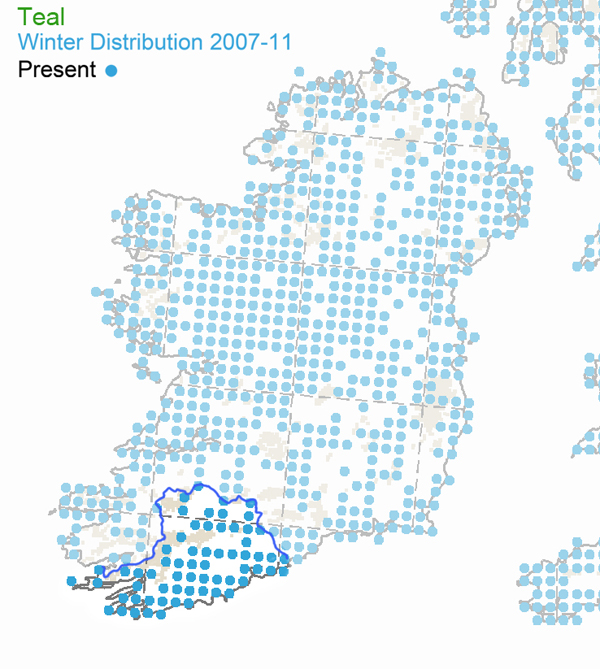 A total of 54 records involving 50 individuals up to the end of 1999 when the species was removed from the IRBC rarities list.

About 50 more up to the end of 2020. The first county record was in Midleton in 1968, some records involving the same individual. 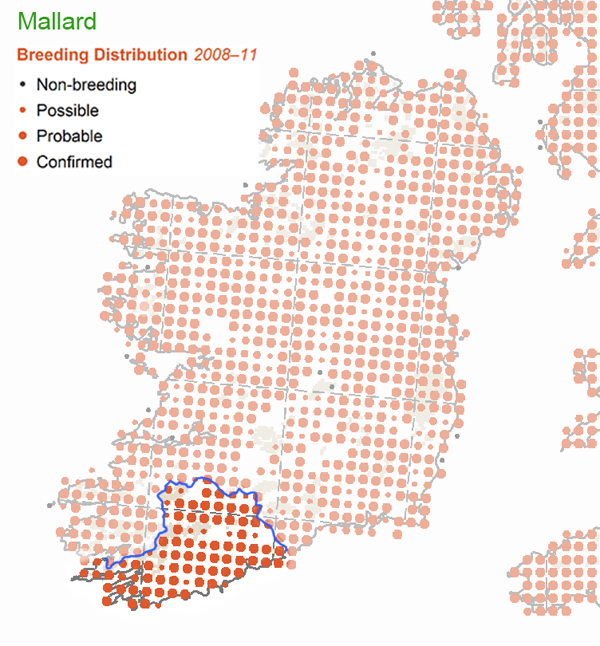 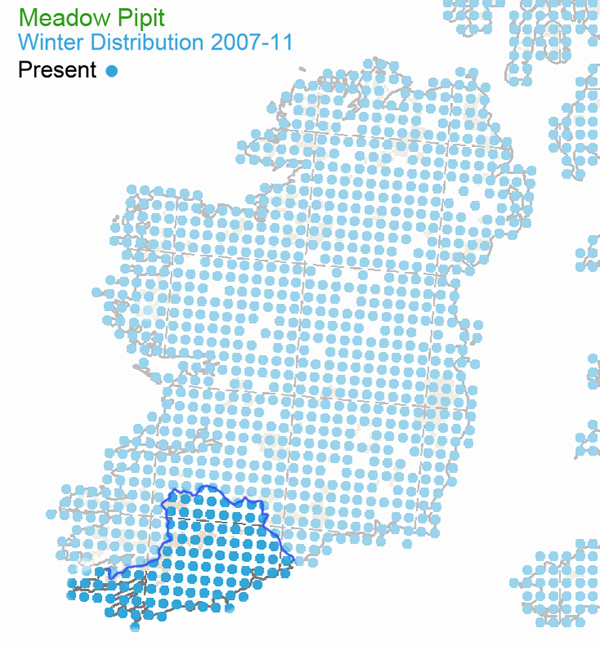 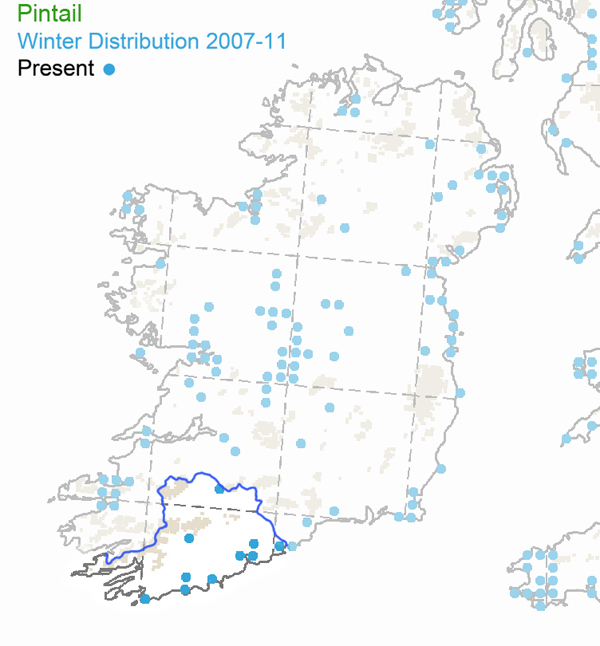 Distribution: a widespread breeder in much of northern and parts of central Europe, which accounts for less than a quarter of its global breeding range.
Also north Africa, Asia, North America and Iceland. (Birdlife International)

At least 140 birds recorded in the county up to the end of 2020. A few winter records in recent years, reflecting a national trend.

Analysis of records up to the end of 1993 when this species was removed from the IRBC rarities list showed the following:
Birds were seen at the following locations: Ballycotton, Ballylickey, Ballymacoda, Ballymona, Cape Clear Island, Castle Richard, Charleville Lagoons,
Cobh, Douglas Estuary, Garretstown, Kilcolman NNR, Kinsale, Lissagriffin, Lough Beg, Midleton, Rosscarbery, Rostellan, Whitegate.
Most records were of single males with the highest count being six at Ballycotton in August 1968. Most were only seen on one day.
Recorded in all months of the year except July up to September 2022 with most records in April/May and August/September.

Locally scarce in winter, rare in summer. Has been known to breed in small numbers. 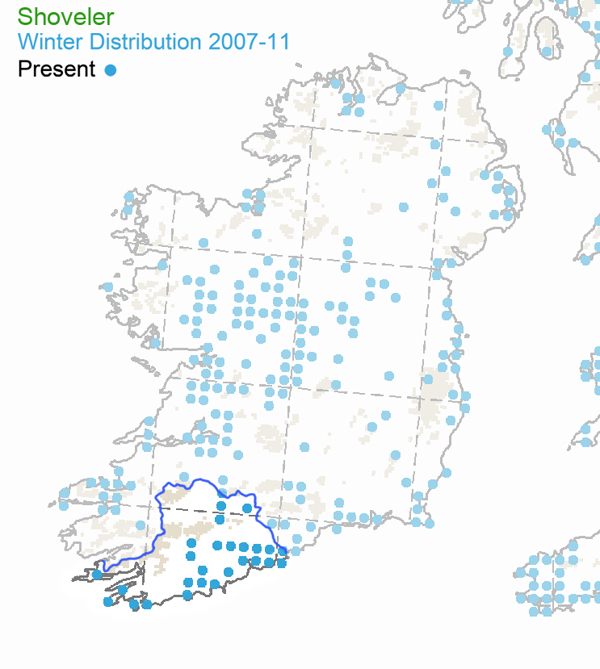